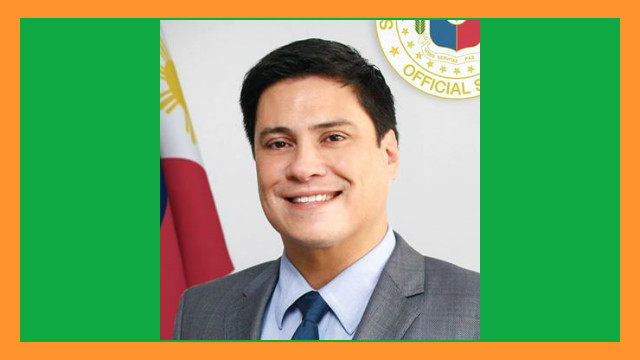 Batasan,Quezon City  – Senator Juan Miguel Zubiri assured Cordillera autonomy advocates that he will personally file in the Senate the counterpart bill of House Bill (HB) 5343 or the bill that seeks to establish the Autonomous Region in the Cordillera to allow its simultaneous deliberation with the Palace version of the Bangsamoro Basic Law.

Zubiri, who was put on speaker phone by Presidential Adviser on the Peace process Jesus G. Dureza during Wednesday’s 1st Congressional Forum on Cordillera Autonomy spearheaded by the Cordillera Regional Development Council (RDC-CAR) n partnership with the Cotabato-based Institute of Autonomy and Governance (IAG) and the Congressional Policy and Budget Reform Department, admitted that various autonomy advocates from the region had visited him previously regarding the matter and that he will eventually file the counterpart autonomy bill in the Senate once he will be able to be provided a copy of the similar bill filed in the House of Reprewsentatives by all the Cordillera lawmakers.

Aside from awaiting for the certification from President Rodrigo R. Duterte that the Cordillera autonomy bill is one of the priority legislative measures of the present administration, Secretary Dureza asserted that autonomy advocates from the region must sustain the strong lobby in both chambers to have the bill discussed in the committee llevel, assuring the Cordillera leaders present that he will talk to Soutch Cotabato 1st district Rep. Pedro Acahron, Jr., chairman of the House committee on local government, to have the bill calendared for immediate committee action.

“We must take advantage of the enabling environment provided by the President for us to pursue our quest for self-determination. The road to sustainable peace is really  rough but we have to find our way through in pushing for the establishment of the long overdue autonomous region in the Cordillera,” Dureza, who is an adopted sone of the Cordillera and was given the name ‘mensapit6’ or peacemaker, stressed.

He pointed out that he is still banking on the assurance made by the President during the first-ever meeting of Cordillera leaders with him  in  the Palace last July 18, 2017 that he will certify the Cordillera autonomy bill as an urgent administration measure because the President is aware that one of the vehicles to jumpstart rural development is to empower the people in the countryside to have a stake in governance through the granting of autonomous status to the regions recognized in the 1987 Constitution.

The Palace official challenged the Cordillera leaders not to be disappointed by the delayed issuance of the certification from the President  that the autonomy bill is an urgent legislation but instead use available avenues to gain the necessary mileage that will compel lawmakers to take a look  on the matter and have it approved in both chambers.

Dureza emphasized that the Duterte administration is the right  time to achieve autonomy because of the support show by now less than the President to the empowerment of local governments for the realization of growth and development in the countryside that is why it should be done now ir it will be too late in the day when people have to realize the importance of autonmy to the present conditions around the region.