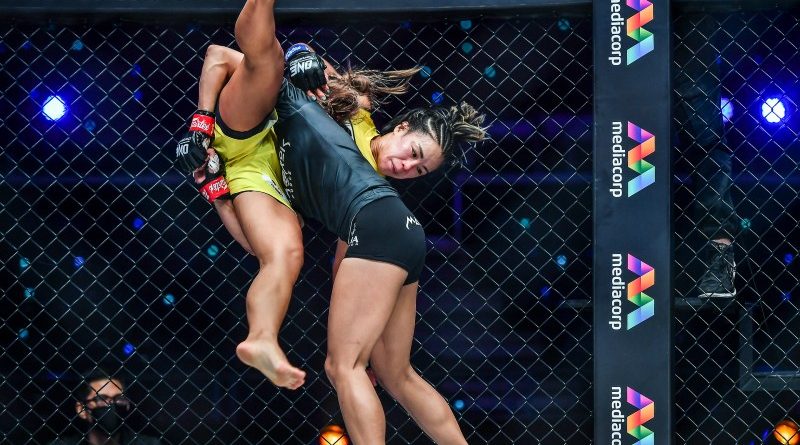 Denice Zamboanga have legitimate reasons to protest the result of her bout with Seo Hee Ham and ONE Chairman and CEO Chatri Sityodtong is in unison as he put the match under official review by the promotion’s Competition Committee.

The judges awarded Ham a controversial split decision victory over Zamboanga after the bout went the full distance.

The loss was particularly onerous to the Filipina fighter as she not only got a bloody cut on her right forehead, she was also knocked her out of the ONE Women’s Atomweight World Grand Prix and suffered the first defeat of her career.

Zambonga heavily protested the result, saying her grappling and aggressiveness clearly gave her the victory.

“I’m so speechless right now. For me, I clearly won the fight unanimously,” a dejected Zamboanga said during the post-fight interview.  “I had control over her and I think I was going toe to toe with her striking and all.”

She even went to express her unwillingness to accept the fact that she lot the bout.

“As I’ve said, I felt like I really won. To be honest, I can’t accept it and I’m quite disappointed with the judges’ decision.” , she said.

Ham was more efficient and effective in the striking department, tagging the barreling Zamboanga with clearer shots repeatedly, particularly her left hand which consistently found its target all night long.

The Filipina, however, was more aggressive and often dictated the pace of the bout. She was also clearly superior in taking the bout to a clinch or to the mat where she often got the upper hand.

If the bout was judged based on the first two rounds, there was no clear winner as the combatants’ toe-to-toe performances was so tight that a decision could have gone either way, although Zamboanga may have the edge due to her superior ring control.

The third round, however, should have caused Zamboanga’s hands to be raised as she exploded with a powerful takedown after an unintentional clash of heads towards the round’s end and finishing the fight on the dominant position.

The takedown was reminiscent of Zhang Lipeng’s masterful takedown of Eduard Folayang late in the third round of  their August 13, 2021 fight  to quash any doubts on who won that fight.

In similar fashion, Zamboanga lifted Ham in the air before throwing her down to the mat and proceeded to close out the fight dishing ground and pound, an instance that should have sealed the deal.

Sityodtong agreeed with Zambonga’s assessment. “I thought Denice Zamboanga edged out Seo Hee Ham for the victory in a super close fight,” Sityodtong said in his Facebook page.

However, unlike Joshua Pacio’s case against Yosuke Saruta, where he ordered an immediate rematch, the ONE Championship honcho hold his punches back in this case.

“While I disagree with the judges on this one, I can understand why they scored the bout for Ham,” said Sityodtong. “It was a very close fight with Ham landing the cleaner, heavier punches with damage and Denice controlling the cage work, takedowns, and ground action.”

It will be recalled Sityodtong was not satisfied with the result of the bout where the Japanese dethroned Pacio as ONE Strawweight Champion on January 2019, also  via controversial split decision, and quickly ordered a rematch.

Sityodtong, however, stated he would still want a Zamboanga-Angela Lee title bout despite the Filipina not getting a title shot via the Gran Prix route.

This post has already been read 642 times!  Former Sen. Ferdinand ‘Bongbong’ Marcos, Jr. on Monday asked the government to