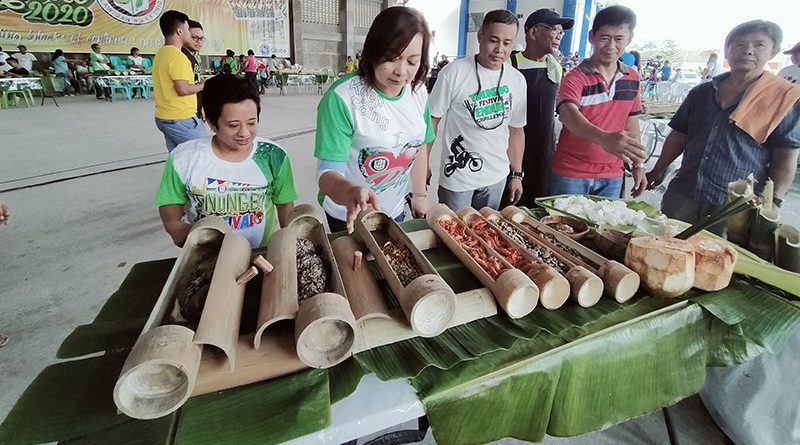 PUGO, La Union – The municipal government and the Tinungbo Organizing Committee want the active participation of the students and the youth in the annual Tinungbo cookfest, one of the highlights of the town’s Tinungbo Festival, to familiarize themselves with the olden ways of cooking food which is part of their rich culture and traditions inherited from older generations.

Mayor Priscila M. Martin said that by next year during the 5th edition of the Tinungbo festival, there shall be a category for students in the Tinungbo cookfest for the best in them to showcase their knowledge in the traditional way of cooking food they inherited from their ancestors.

Last year, several schools participated in the conduct of the Tinungbo cookfest aside from the town’s 14 barangays where they excelled in the said activity which serves as one of the highlights of the major crowd-drawing event in the municipality.

Under the guidelines for the annual conduct of the Tinungbo cookfest, each of the participating contingents will select their representatives who will cook their delicacies to be entered into the contest for the Best Rice, Best Kinammelan, Best Vegetable and Best Recipe categories.

Further, the participants are required to use the ‘tubong,’ bamboo, to cook the food over the fire in the cooking area.

Martin expressed the municipal government and the organizer’s sincerest gratitude to all those who supported the successful conduct of the month-long activities lined up for the 4th edition of the Tinungbo festival, saying the support the organizers continue to get from concerned stakeholders serves as a motivation and inspiration on their part to introduce added innovations to the various activities annually.

The annual Tinungbo festival is usually launched every December 11 simultaneous with the town’s founding anniversary and will end in the third week of January which has been designated as the date for the annual town fiesta.

Martin assured concerned sectors in the municipality the annual festival is a cause aimed at inspiring people to provide the needed support for its resounding success.

By Hent
TINUNGBO COOKFEST – Before judging Pugo Mayor Priscilla Martin (2nd from left) and Councilor Mexico Irene Dulay look at the various delicacies that was cooked using the traditional ‘tubong’by the participants of the 2020 Tinungbo cookfest at the Pugo municipal gymnasium. Rosalia T. See

8       8SharesThis post has already been read 2454 times!The city identified some twelve priority investment areas that are expected to contribute in efforts