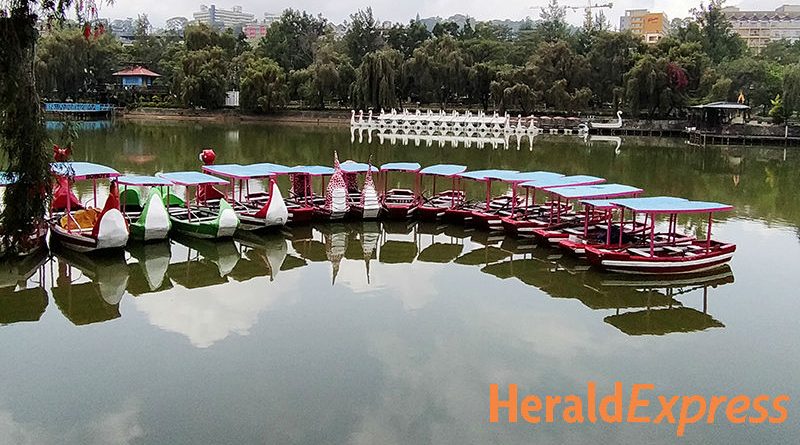 CAMP BADO DANGWA, LA TRINIDAD, BENGUET: A private citizen, after learning that various relief and humanitarian efforts are being conducted in Region 2, decided to help by lending her four pontoon boats and a swan boat to Police Regional Office Cordillera to be used in the search and rescue operations in the flood-stricken Cagayan province.

Vivian Celso, a proprietor of the famous swan boats in Burnham Park, immediately contacted PCOL ALLEN RAE F CO, the City Director of Baguio City Police Office (BCPO) to inform him of her desire to help. Though her business was greatly affected by the COVID-19 pandemic, the boat owner did not hesitate to lend her source of livelihood to help our distressed “kakailyans” in Cagayan.

The boats, which can carry ten persons at a time, are ideal as rescue boats since the fiberglass hulls are not easily punctured as compared to that of rubber boats. Two of which were already transported to Cagayan on October 15, Sunday night on board boat trailer from PNP Maritime Group based in Pangasinan. The boats that has been used in carrying tourists in Burnham Lake will now be used as rescue boats to save lives in Cagayan.

Corresponding with the instructions of the Regional Director PBGEN R’WIN PAGKALINAWAN to tap available resources and mobilize personnel for the rescue operations, the PROCOR water search and Rescue (WASAR) Teams has been sent to Cagayan along with the boats lent by Ms. Vivian Celso to augment the SAR Teams that were already deployed in the province. As of today, there are one rubber boat, 2 pontoon and one swan boat sent by PROCOR as rescue boats. (PROCOR RPIO)

This post has already been read 1038 times!It’s a rare sight to see Team Lakay fighters seethe and seemingly lose