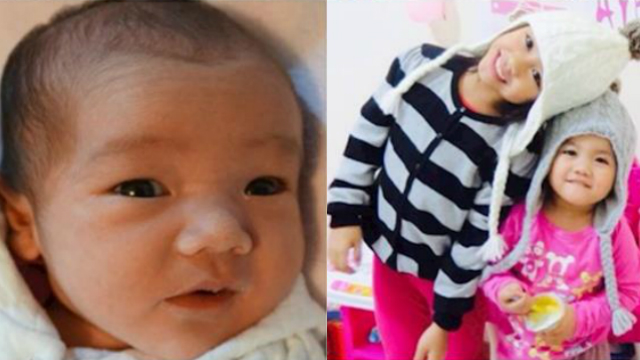 (December 6 update: The givealittle webpage sadly announced that Arlene Padawag Cosme, 37, passed away on 7:00PM of December 5, 2017, New Zealand time, after being rushed to the North Shore Hospital last November 24, four days after giving birth to her third daughter. She then then on an induced coma due to brain aneurysm when her story was run in this page. The givealittle page ran a fund raise intended for her family accumulated NZ$24,721 from 490 generous donors, as of December 6, 8:45PM, Philippine time.

According to a report of www.stuff.co.nz, the body of Arlene would be brought home to the Philippines, where her three children already awaits her, for her funeral. Rayan intends to continue living in New Zealand.

One of the most touching scene during her ordeal was when Husband Rayan serenaded her with a song they used to sing with their children.)

Below was the original story published on December 2, 2017:

A Cordilleran family living in a foreign land with no relatives in sight is in a tight bind. They surely need our helping hands, especially for powerful prayers.

When baby Grayan Claire Padawag Cosme was born healthy on November 20, in the Caesarian Section of the North Shore Hospital, Auckland, New Zealand, the event was supposed to bring joy to parents Rayan and Arlene.

It did but the joy lasted just four days as Arlene was rushed to the North Shore Hospital on November 24 after collapsing in their home. She was transferred to the Auckland City Hospital for an unsuccessful brain surgery.

The 37-year old Arlene is still in critical condition and is now in an induced coma due to brain aneurysm.

According to www.mayoclinic.org, a brain aneurysm  is a bulge or ballooning in a blood vessel in the brain. It often looks like a berry hanging on a stem.

Rayan, a native of Tublay, Benguet, is now in a quandary how to tell her other two other daughters, 10-year-old Gracee and 5-year-old Ayene what had happened to their mother and why they may never see their mother again as they knew her.

The family may not have relatives in New Zealand but they, however, had been getting support from co-workers and the Filipino community.

The North Shore Filipino Community had set up a Givealittle page to help with the costs the Cosme family are facing.

As of December 2, 2017, 9:20PM (Philippine time) NZ$12,500 had been already raised. The amount raised is intended for Arlene’s general costs, and the rest will go towards Gracee, Ayene and Grayan’s future.

Interested parties who wish to donate may visit https://givealittle.co.nz/cause/hang-in-there-mom-a-support-for-arlenes-family-a-l

More than any amount donated, though, what the Cosme family need are prayer offerings so powers from the high heavens could grant full recovery to Arlene and enable young Gracee, Ayene and Grayan to still enjoy the company of their Mom.

This is something we, here in the mountains of the Cordilleras can do. Let’s not take our time offering one.