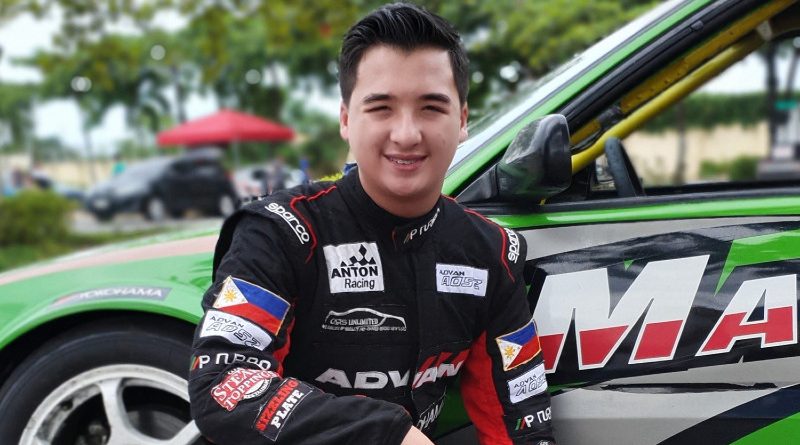 While he can’t yet go to the racing track due to the Covid-19, youngster Inigo Anton has made good use of his time by competing against the bests virtually.

The young Anton, a most promising talent on real life car racing is also as skillful in simulated car racing. The fact is, he is winning in virtual races that he has been up for most the part of the night, figuratively burning the midnight oil just to race.

Mother Karen Navarrete Anton said: “Iñigo still has online races which is really honing his racing skills while he still not able to race.”

The former Pilipinas Got Talent finalist added, “His online races, just like real life racing, is very competitive and it gives him a chance to work with a professional international team (Eurasia x GT Radial Motorsport) and race against international Sim racers.”

The young Anton spends at least four hours a day training with his team and race engineer, the Metamorphoses founder said, adding “so it’s really that intense.

She added: “The main difference with real racing is the actual “danger” but overall, the racing strategy, racing lines and the mental and physical preparation are basically the same.”

Navarrete-Anton said that they are just awaiting for the roll out of the Covid-19 vaccine so the 14-year old could “go back on the track to do some testing and training.”

She added that ”for now, he continues to race online and is actually winning more cash prices than he is in actual racing.”

Out of the track for almost a year now, teen racing sensation Inigo Anton found himself virtually behind the wheel again as he finished fourth over-all against opponents from other countries.

“It’s official!!! After 16 unforgettable virtual races around the world, we clinched 4th,” announced the 16 year old in one of his Facebook posts last month.

The young Anton finished fourth in the E1 Championship where he competed against “racers” from all over the world that netted him USD2,000.

In his post over Facebook, the young Anton thanked his family, his race mentors and friends including classmates from the Baguio Achievers Academy “who keep me up until 4AM every day playing Valorant.”

Malaysian Naquib Aslan took the “top podium” in the Season Zero of the E1 Championship.

Ayman Aqeem made it a 1-2 finish for Malaysia after ending as bridesmaid, while Mikko Nassi of Singapore completed the top three finishers.

To win the race, Azlan finished with 358 points and was virtually unchallenged with Aqeem coming in with 291 points, just 25 off Nassi.

Anton wound up with 213, just four off Hakimi.

At sixth place is Kalen Chin of Blachwolf and ahead of Troy Eiman, Yevan David, Ariff Azmi and Colin Lee.

The teener went home with P150,000, but more importantly the virtual race raised and donated P403,000 to provide meals for front line worker like medical workers, police, the Philippine Coast Guard and members of the Armed Forces of the Philippines.

As he started his title defense last year by going fastest over-all in two of the first three rounds, the coronavirus pandemic struck and motorsports was suspended.

That did not frustrate the scion of restaurateurs as he found again himself in front of the monitor and did car racing virtually.

In an interview with Motoring Today, the young Anton said that he has “been racing virtually all my life – just video games. But I’ve never really taken it seriously. It was just there (to use) to have fun.”

He added: “But since the lockdown happened, there are no more races. The races I can join are virtually.” Pigeon Lobien

This post has already been read 503 times!Member consumers of the Benguet Electric Cooperative (Beneco) should get used anew to