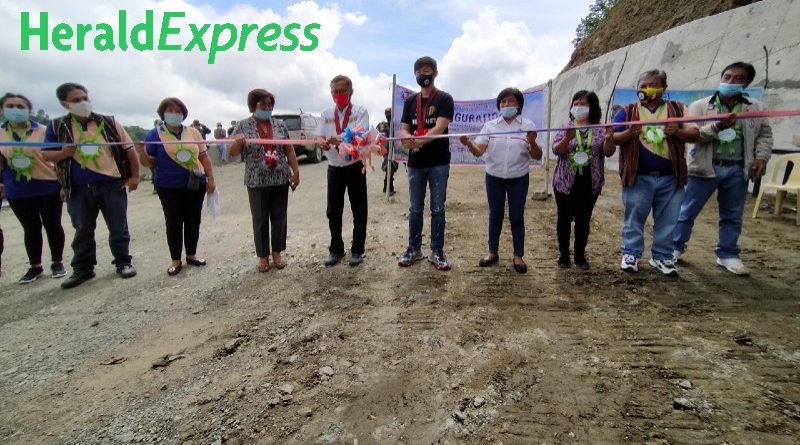 TUBA, Benguet – Benguet Caretaker Congressman and Anti-Crime and Terrorism through Community Involvement and Support (ACT-CIS) Party-list Rep. Eric Go Yap assured municipal and barangay officials here that he will strive to either maintain or increase the P3.3 billion earmarked for the continuous development to the outer ring of the Baguio-La Trinidad-Itogon-Sablan-Tuba-Tublay (BLISTT) circumferential road to ensure its completion by 2022.

Yap, who chairs the powerful House Committee on Appropriations, led the inauguration of a portion of the Taloy Norte-San Pascual portion of the ring linking the Palispis-Aspiras Highway to the newly opened Baguio-Nangalisan-Tubao Road with a project cost of P100 million.

The Benguet Caretaker Congressman pointed out the importance of sustaining funding for the completion of major infrastructure projects in the different parts of the province, especially the outer ring of the BLISTT circumferential road because it will contribute in spurring economic growth in the potential growth areas in Benguet.

Gallato claimed that for this year, the different packages of the BLISTT circumferential road had been allocated some P1.2 billion while more than P3.3 billion had been earmarked by the public works department for the continuous implementation of the uncompleted portions of the road network.

While it is true that the wrath of the Coronavirus Disease 2019 (COVID-19) might have had an impact on the allocation of funds for the projects along the roadline, Congressman Yap informed municipal and barangay officials he will try his best to maintain the allocated funds or work out a possible increase to ensure the completion of the programmed projects.

According to him, once some problems may transpire in the course of working out the increase the budget for the implementation of the identified projects, he will make sure that the remaining funds to complete the circumferential road will be included in the annual budget of 2022.

On her part, Mayor Sal-ongan expressed the gratitude of the people and officialdom of the municipality to the uncompromising efforts of Congressman Yap in sourcing out funds to bankroll the implementation of major infrastructure projects that will link the province with other neighboring provinces and open the opportunities for growth and development in the countryside.

The 2-kilometer road opening project inaugurated by Congressman Yap was implemented by the DPWH-FBED under the leadership of Engr. Gallato and the stewardship of its assigned project engineer Marites Reoteres where the project duration was 270 days that started late last year.