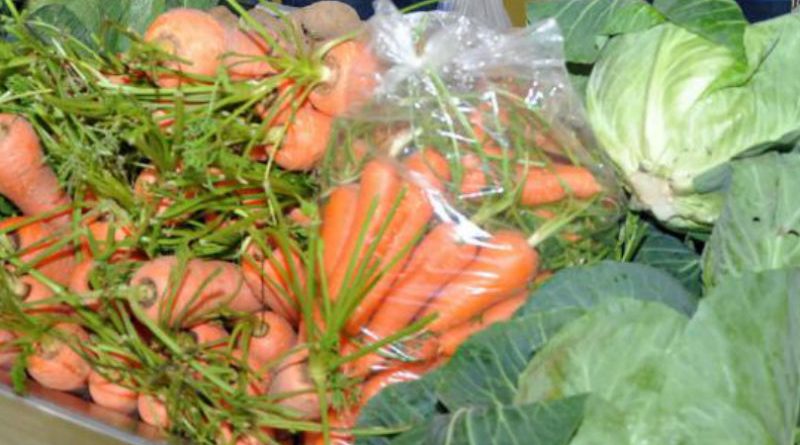 LA TRINDIAD, Benguet– Benguet caretaker congressman and Anti-Crime and Terrorism through Community Involvement and Support (ACT-CIS) Party-list Rep. Eric Yap lashed out at his detractors for their unrelenting efforts to link him in the unabated smuggling of agricultural crops that directly compete with locally produced ones which is detrimental to the local vegetable industry, saying that it is unfortunate that there are sectors who are already happy if the reputation of their officials are ruined for them to be able to advance their own personal and political interests.

He disclosed that he requested officials of the Bureau of Customs (BOC) to include him as part of the bureau’s ongoing operations to curb the proliferation of smuggled agricultural crops which compete with locally produced ones because most of the people of Benguet will suffer the consequences of the lucrative vegetable industry being significantly compromised.

“We do not understand why there are people who are happy when they drag their officials in controversial issues that tend to ruin their image instead of helping in coming up with doable solutions that will curb the proliferation of the smuggling of agricultural crops in our country,” Congressman Yap stressed.

Aside from bombarding the BOC with requests and reports on the alleged unabated entry of smuggled agricultural crops in various entry points around the country which need to be given utmost attention, the lawmaker claimed that he is also making the needed presentations with concerned government agencies to provide adequate support to the province’s agriculture sector to be able to improve the production, packaging and marketing of locally produced vegetables to make them competitive not only in the local but also in the global markets.

According to him, he will not be weakened by the desperate moves of his detractors to ruin his image before the people of Benguet but instead, he will use the same to work hard so that he will be able to bring to the province more support and projects from concerned government agencies that will help in realizing his primary objective of making Benguet a first-class province in the future.

Congressman Yap pointed out that he embraced the rich history, culture and traditions of Benguet that is why he was adopted as a son of Benguet pursuant to an approved resolution by the provincial board and some municipal councils and tribal groups in the different parts of the province and that he will reciprocate the same with genuine public service for the benefit of those people who had been deprived of support from concerned government agencies in the past.

He asserted that he was able to show to the people what he can do for Benguet in a limited period of time and that he will continue to do so once the province’s people will bestow to his their trust and confidence during the upcoming political exercise scheduled for the purpose of allowing the Filipinos to select their new set of leaders from those that previously filed their certificates of candidacy for the different elected positions.

Yap assured the people of the enormous assistance that will be provided by the concerned government agencies to them once the P5.024 trillion annual budget of the national government shall have been signed by President Rodrigo Duterte to operationalize the same for the benefit of the greater majority of the Filipinos. By HENT