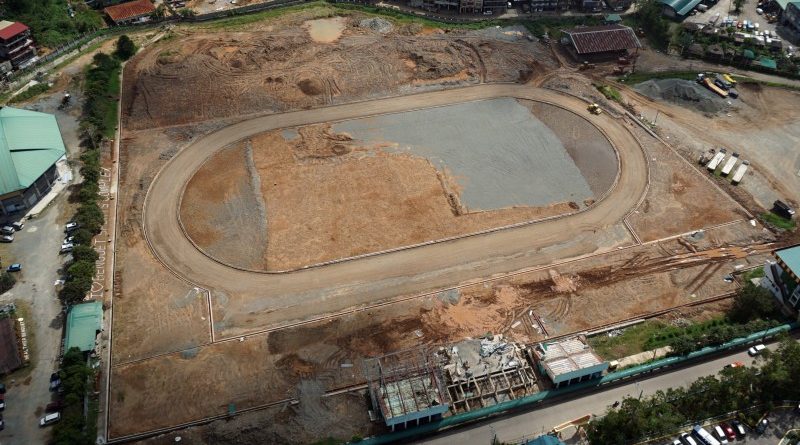 LA TRINIDAD, Benguet –  Benguet Caretaker Congressman and Anti-Crime and Terrorism through Community Involvement and Support (ACT-CIS) Party-list Rep. Eric Yap disclosed that P450 million will be included in the government’s 2022 annual budget to put up the proposed Olympic-size swimming pool and a state-of-the-art convention facility to make the province a premier sports and convention haven in the north.

Yap, who chairs the powerful House Committee on Appropriations, stated that P200 million will be earmarked for the construction of the Olympic-size swimming pool Olympic-size swimming pool with bleachers and heater, P50 million will be used to improve the premises of the newly refurbished closed gymnasium, while another P200 million for a state-of-the-art convention center that will further improve the chances of the province in hosting local, regional, national and international sports tournaments and gatherings and promote Benguet as a sports and convention destination outside Metro Manila.

He claimed he is just waiting for the provincial government to designate the site for the convention center, as the Olympic-size swimming pool will be built within the Wangal Sports Complex.

The lawmaker emphasized that once the proposed improvements in the Wangal Sports Complex shall have been completed within the next several years, Benguet can independently host some local, regional, national and even international sports competitions that will complement the other industries of Benguet such as tourism and agriculture.

The improvement and upgrading of the closed gymnasium was earlier inaugurated but there are still improvements that have to be undertaken in various portions, thus, the inclusion of additional funds in next year’s budget to complete these while the construction of the rubberized track oval will be completed by the first quarter of next year.

Aside from placing Benguet in the map as a potential host of sports events, Yap underscored that by attracting people to visit the province, it is indirectly promoting its other industries such as ecotourism, agriculture, among others, that will contribute in the ongoing efforts to gradually and safely revive the local economy.

He assured concerned stakeholders that once the prevailing difficult situation will improve, he will be initiating the conduct of various sports activities that will generate the active participation of the youth for them to provide them opportunities to realize their potentials. By HENT