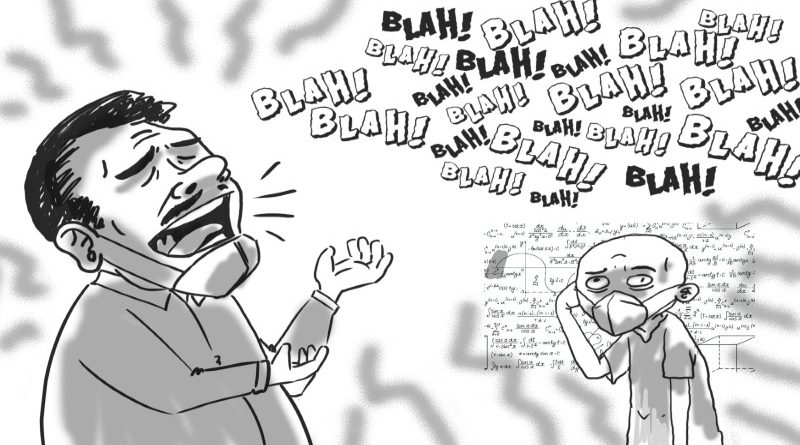 Change is constant and development is inevitable. While the Corona Virus Disease (COVID) 2019 pandemic temporarily stalled the development thrusts of government agencies and local governments, the same will surely push through after the situation will normalize following the implementation of the government’s mass vaccination program.

The proper state of development is guided by appropriate master planning of experts on the said field. The preparation of a master plan should proceed with the introduction of development in properties either private or public. The delineation of the areas that should or should not be developed is guided by studies on the stability of the spaces where structures can be constructed and what areas need to be maintained as open spaces and green areas to allow a balance between the environment and economy. When there are developments that are introduced in various places, it is unavoidable that there are portions of the environment that are compromised. Thud, there are certain provisions in our environmental laws that mandate developers to plant trees to serve as a compensatory requirement for damages they will inflict by the magnitude of development they will be introduced.

Every after political exercises when new officials assume their respective positions or when there is a change of leadership in government and its bureaucracy, there is always a shift in the development thrusts of offices. These are usually anchored on the comprehensive master development plan by those who pioneered the same that had been updated through the years. There are also instances when such plans are overhauled to address contemporary contexts.

We had been observing the implementation of development projects for over two decades now and we believe that, among implementors, there simply fence sitters, lame ducks, but also, there are emerging visionary leaders who are not that flamboyant but they are really working for the greater interest of the public. Recently, we had been witnesses to promising leaders of institutions who have outlined their development thrusts to satisfy their audience when speaking in public gatherings but when it comes to the implementation of such interventions, it cannot be rolled out because the same are not the priority. There are instances that several months have already passed but nothing is going right in the said offices because of the failure of leadership to walk the talk. Moreover, it has already been a year since the May 2019 elections but the committed promises of our leaders had been significantly affected because of the ongoing pandemic and the significant reduction of funds from the concerned government agencies, local governments, and state institutions, among others.

The public has waited for officials to fulfill their promises but it seems nothing will go right in the coming months because of the continuing negative impact of the pandemic to the overall economy of the country. The question that lingers in the minds of the people is that, will there be guarantee of development in their areas of jurisdiction or will development remain stagnant because of the obvious lack of political will of leaders. Incidentally, repentance always comes last that is why the wrong master plan of the past must be corrected. Unfortunately, there are leaders who cannot simply comprehend the road map and they simply rely on people around them who do not even understand the real situation on the ground. Technology will also play a key role in charting the development thrusts of offices but the will to work through the prevailing challenges will be the key to what will be the future of our institutions.

Let us not be easily swayed by the sugar-coated words of our leaders. Let us learn to read between the lines of the said words and we will be able to see who our leaders are and what they can do for the betterment of the public. It happened many times and we do not want to stumble again. We should already learn our lessons from now on.