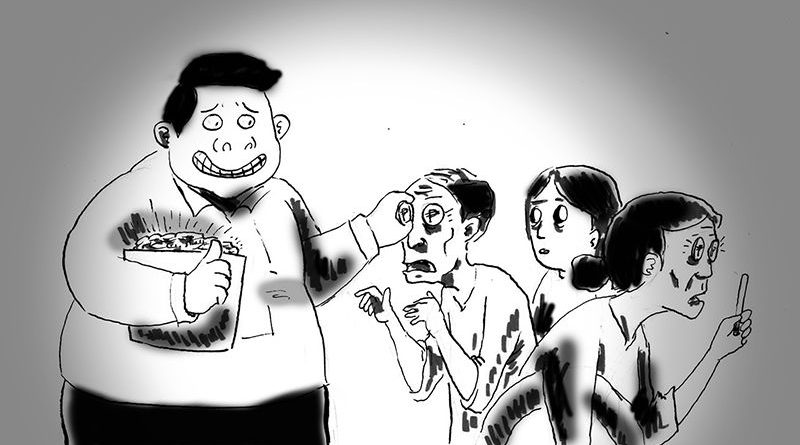 The May 13, 2019 mid-term national and local elections came to a close with less fanfare. The conduct of the political exercise was generally done in an orderly and peaceful manner with the canvassing of the votes cast done pursuant to what had been prescribed under the automated election law. The winners declared their initial plans and voters expect much from them once they assume their positions by June 30, 2019.

Elections are where voters can freely exercise their right of suffrage as enshrined in the 1987 Constitution. It is assumed that voters cast their votes with free will and in accordance to their conscience. Time and again, the concept of free will and conscience have been debated when it comes to elections.

The Commission on Elections (Comelec), election watchdogs, the Church and even straightforward aspirants for the different elected positions, have been advocating for the conduct of honest, clean, peaceful and orderly elections to ensure that the true choice of the people will be the ones to proclaimed to lead them for the next period of administration.

During the last days of the 45-day campaign period for the recently concluded mid-term elections, numerous forms of black propaganda against candidates cropped up,  aside from cases of vote-buying not only in Baguio City, but also in other parts of the Cordillera where the same illegal election activity had been rampant during every electoral exercise. Surely, vote-buying politicians will surely look for ways to recoup their election expenses and make them prone to corruption. The vicious cycle of vote-buying and corruption is a serious problem of our society passed on through generations and since this is done mostly surreptitiously, even punitive measures may not be effective against this vicious practice.

Photos of alleged rampant vote buying in Baguio City had been circulating in the social media over the past several days and the same were substantiated by testimonies of individuals either aware of the said incidents or those who were informed of such. Evidently, there are still voters in the city who prostitute themselves to enterprising politicians who want to cling to their positions for their own selfish and business interests.

In Mountain Province, Herald Express received a series of calls Sunday night informing us about the rampant vote-buying activities of two aspirants in the different municipalities which may have made a significant difference in the outcome of the political exercise where the true voice of the people did prevail.

We are also wondering why law enforcers cannot monitor the massive vote-buying done during the last few days prior to the elections. This practice is already ingrained in the country’s political exercise and law-enforcement agencies must prepare operational plans for the said purpose. If they can monitor insurgents and terrorists, why not these illegal acts?

You get what you deserve, that is always the comment one gets when complaining about the state of governance in this country. It is true, whether you sold your vote or not, we are now stuck with whoever won the elections. Let us move on and be part of the governance. Our officials cannot do just what they want if we, the constituency they vowed to serve, will not let them.

First, let us review the promises made by the winners. Elaborate on the good with doable proposals. Advocate for the non-implementation of the bad. Propose for that which are lacking. In other words, give them something to work on.

Second,  engage the officials through submission of what you did in the review. Push for the adoption of your proposals by visiting them, attending hearings, observing sessions to assess their behaviour and performance, call for roundtable discussions, invite them in your activities, among others. In other words, make them work!

Third, learn how budgetting works. Demand for participatory budgetting and public accounting.  Make them aware that you must be part of their work because it is your money.

Fourth, use the Freedom of Information Act to get documents from the local government of any government office. This can help in making informed decisions. Make them aware that you know what they should know.

Fifth, help train the officials. Call on the relevant government agencies to do the work and seek assistance from NGOs who can also help. Let them know that we cannot excuse them for their ignorance.

Sixth, put up community anti-corruption bodies. Learn from the work of others how they made their local governments accountable, transparent and responsive.

Seventh, on the broader front, let us scale up our work to the national level officials.

Do more. These are just start-up ideas to make our officials work for the interest of their constituencies. After three years, let us assess our performance. Let it not be said that we deserve the leaders we elect. Demand for participation, accountability, transparency, and good governance. Vigilance is the call of the times. Let not our children tell us, “you failed us!”