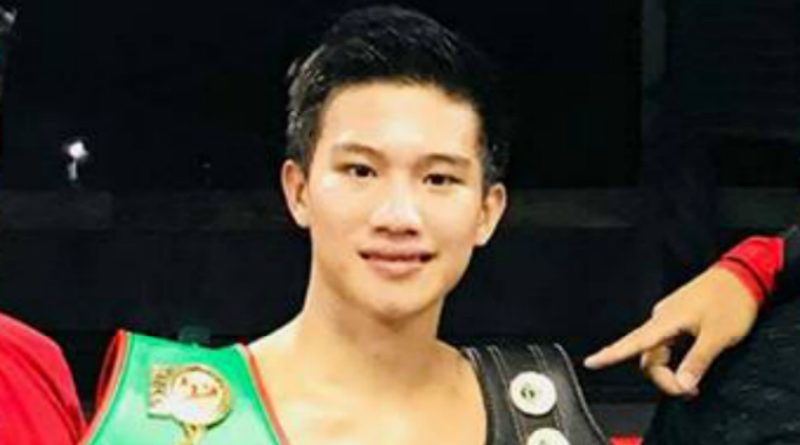 The “Wonder Boy” from Ifugao unleashed furies of combined head and body shots during the match that hurt Alolod early and led to a 7th round technical knockout as the referee was forced to stop the fight.

This knockout is Martin’s tenth straight win by abbreviated fashion. Martin has now 13 knockouts in 14 fights so far.

Aside from the PBF title, Martin is also the owner of the World Boxing Association (WBA) Asia bantamweight and the World boxing Organisation (WBO) Orientalal Youth bantamweight titles.

Since then, he made successful defenses of each crown.

He defended the WBO title by dropping China’s Huerban Qiatehe in the second round on August 28, 2018 at Bayombong, Nueva Vizcaya then retained his WBA title by stopping Moon Chul Suh of South Korea on October 27, 2018 at Lagawe.

The 20-year old rising star is noticed by many boxing enthusiasts to be the second coming of Manny Pacquiao.

While Martin acknowledges the similarities, he was quick to defuse the notion by saying he wanted not to pattern his game to the Fighting Senator but his training led him to the same style.

Martin, however, may not be a bad Pacquiao impersonator after all. Martin does possess a handful of Pacquiao traits that makes the comparison legit.

Aside from the fighting style, Martin, like Pacquiao, is also an aggressive southpaw fighter who is developing good footwork and quick hand speed.

His also being a knockout specialist, coachable, humble, turning professional at an early age of 16 and concerned about giving the fans a good show are more than enough reasons to entice the boxing community to conclude that the Cordilleran boxing phenom could indeed be a replica replacement of Pacquiao once he decides to hang his gloves.