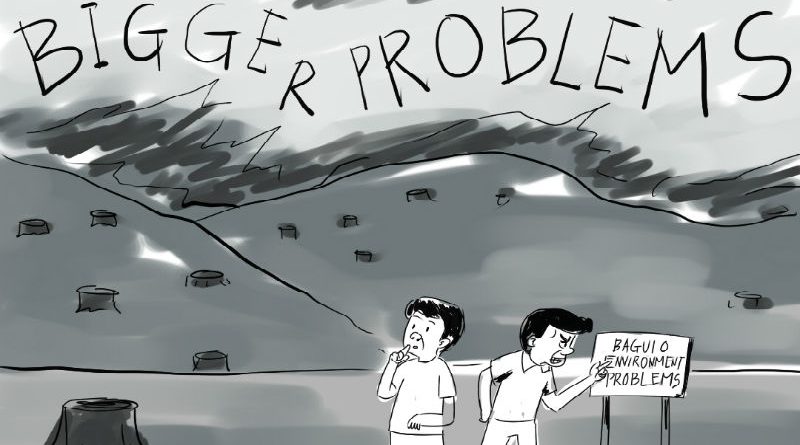 The Cordillera has been considered by many people and even the government as the watershed cradle of Northern Luzon because it is the source of the abundant water supply giving life to the numerous river systems providing the needed water for various uses by the communities in the lowland communities. The region has a total land area of over 1.8 million hectares wherein 85 percent are classified as forest or grazing lands while the remaining 15 percent has been described to be alienable and disposable. Under the pertinent provisions of Presidential Decree (PD) 705 or the forestry Reform Code of the Philippines, the habitation of the forest lands are strictly prohibited aside from the fact that illegal cutting of trees is punishable by the imposition of fines and imprisonment of the perpetrators of such illegal activities.

Further, the Cordillera is inhabited by almost 92 percent indigenous peoples and indigenous cultural communities whose rights over their ancestral lands are appropriately protected by the provisions of Republic Act (RA) 871 or the Indigenous Peoples rights Act (IPRA) that took effect in November 1997. Under the provisions of the said law, indigenous peoples and indigenous cultural communities are entitled to be paid the appropriate royalty for developments that will be introduced in their domain after having issued their free and prior informed consent (FPIC) which shall be undertaken through a rigid process enshrined in the implementing rules and regulations governing the same.

The passage of the IPRA was a welcome development for IPs and ICCs because it provided them the leverage of being able to effectively and efficiently negotiate for their due share from the exploitation of the resources of the State that are within their domain to avoid a repeat of their past experiences wherein IPs were driven out of their domain by multinational companies to pave the way for the construction of huge power generation plants, put up of mining communities among other large-scale developments that have eventually resulted to their displacement and the deprivation of their rights.

More than two decades have passed since the implementation of IPRA and other related laws and regulations governing the protection of the rights of IPs over their ancestral domain but it seems the status of the Cordillera as a watershed cradle is fast waning. In fact, it is the IPs themselves who are now ravaging the virgin forests located in critical watershed around the region for them to establish sustainable sources of livelihood because of the absence of decent anti-poverty interventions that should be provided to them by the concerned government agencies in exchange for their efforts to spare the significant damages being inflicted to the region’s forests that serve as the source of abundant water.

What is disheartening to the IPs is that the environment department, the supposed protector of the watersheds, is closing its eyes to what is happening in the hinterlands of the Cordillera and that its officials prefer to focus their attentions on the cutting of a single tree in Baguio city because of their access to media which is an added boost to their sagging image.

Environment advocates from the different parts of the region had been prodding the officials and employees of the environment department and law enforcers to make sure that they go after individuals who continue to ravage the critical watersheds considering its serious negative effect to the state of the environment and the provision of abundant water supply to the river systems flowing towards the lowlands. Based on their assessment, the spate of deforestation regionwide will result to the existence of barren mountains that will be equally dangerous to life and limb because of the expected occurrence of huge landslides that will have heavy impact to the safety of life and limb. Worst, there will be no longer sufficient supply of water for our people and those living in lowland communities and the same will surely be a cause of chaos.

We challenge officials and employees of the environment to look at the bigger picture and not simply be satisfied on self-serving photo opportunities. The problem of environmental destruction in Baguio city is just a tip of the iceburg. It is so unfortunate that environmentalists re focusing their attention to Baguio city because it is a center of attraction instead of putting things in their proper perspective so that the bigger picture will be capture in placed where it rightfully belongs. The vast tracks of agricultural lands and fish arms in the lowland communities will surely be rendered useless without the abundant water supply from our region that is why concerned stakeholders are now asking whether the Cordillera remains as the watershed cradle of Northern Luzon or none at all considering the rapid deforestation that is being left out in the government’s aggressive anti-illegal logging campaign.

Let us not be too conscious about our image in the social and mainstream media because we will surely wake up someday and find out that the few trees that we had been struggling for are already gone and that natural and man-made calamities continue to pound on our region inflicting serious damages to life and limb that is already beyond our control. The question is that if we do not act now, when can we act together without fear or favor?