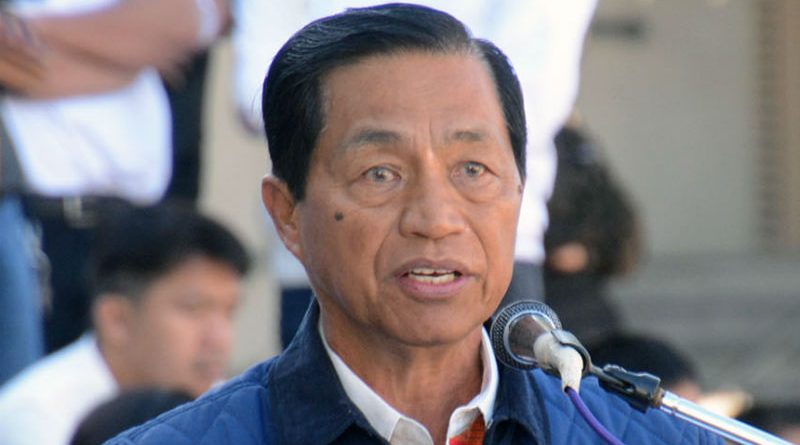 BAGUIO CITY  – Mayor Mauricio G. Domogan announced that the Benguet Corporation (BC) already agreed to expand the area subject to the deed of usufruct for the city’s proposed integrated solid waste management facility from the original 24.11 hectares to some 29.22 hectares within its Antamok open pit site to include the identified suitable area for the put up of the required facilities.

The local chief executive said that previously nowhere within the 24.11 hectares that was identified by the company as the subject of the deed of usufruct passed the criteria of the National solid Waste Management Commission (NSWMC) on the establishment of the integrated solid waste disposal facility, particularly the component of an engineered sanitary landfill (ESL), based on the assessment of technical personnel from the Cordillera offices of the Environmental Management Bureau (EMB-CAR) and the Mines and Geosciences Bureau (MGB-CAR) considering that there was an existing body of water within the 300-meter limitation.

When the matter was brought to the attention of BC management, company officials agreed to expand the area that will be subject of the deed of usufruct to cover the suitable area for the put up of the facility based on the recommendations of the EMB-CAR, MGB-CAR and local government technical personnel.

Domogan narrated that during the conduct of the ocular inspection in the site in nearby Itogon town, the inter-agency inspection team was able to identify some 5.11 hectares which will pass the NSWMC criteria and when the recommendation was presented to BC officials, they did not hesitate to agree on the expansion of the earlier area that will be the subject of the agreement.

“We are grateful to Benguet Corporation officials for their cooperation in the identification of a suitable area for the establishment of the city’s integrated solid waste disposal facility because the identified area will now serve as the city’s permanent site for the said project. We are also thankful to the assistance extended by the EMB-CAR and NGB-Car as well as local government personnel in the immediate identification of the suitable area for the project that will put an end to the city’s existing garbage woes,” Domogan stressed.

Under the NSWMC criteria, no body of water should be located within 300 meters from solid waste disposal sites to ensure that the same will not be polluted from whatever toxic substances that will come from the said facilities.

Domogan explained that after the finalization of the deed of usufruct between the local government and BC management, the city will apply for the issuance of the required environmental compliance certificate (ECC) for the facility to allow the groundworks in the realization of the permanent site for the project that will lead to the stoppage of the expensive hauling of residual waste outside the city.

He asserted that the main objective of the local government is to initially find a solution to put a stop on the city’s hauling of residual waste and the eventual put up of the needed facilities to end the garbage disposal issues being experienced by the city for over a decade now.