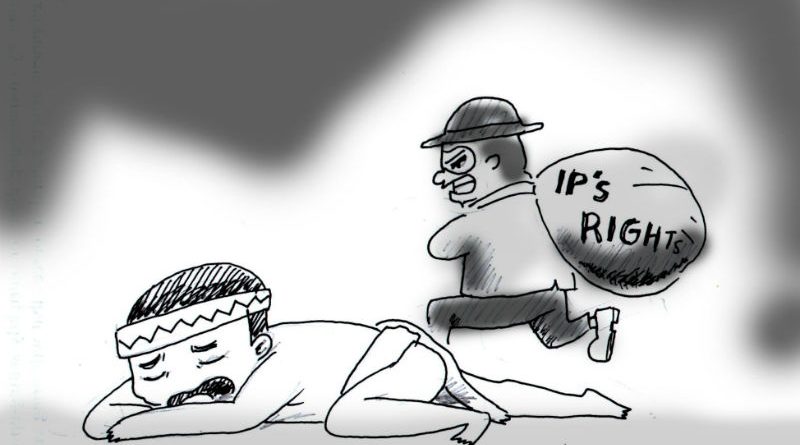 Since time in memorial, the indigenous peoples (IPs) lived in mostly self-reliant, self-governing communities, mastering and nurturing their territories through their own natural resource management systems governed by their own socio-political institutions and spiritual practices, and developed various cultural forms as expressions of their lifeways. The Cordillera is around 92 percent dominated by IPs. Despite their diverse cultures, histories, languages, indigenous knowledge systems and practices, governance systems, and the ecosystems in their homelands, these peoples enjoy the unity of cause that binds them together as indigenous peoples, e.i., the defense of their homelands.

In 1997, Republic Act 8371 or the Indigenous Peoples Rights Act (IPRA) was enacted into law that sought to respect, protect, and fulfill the rights of the IPs.  The law was clearly a threat to businesses that saw the territories of indigenous peoples simply as resources where they can extract their wealth. The constitutionality of the law was questioned in the Supreme Court (SC) by multinational companies. The SC upheld the constitutionality of the IPRA, a landmark law on the rights of indigenous peoples, especially on their rights to self-determination and to their ancestral domain.

Indigenous peoples worldwide celebrated this law as it clearly showed a significant gain in the advancement of the rights of IPs  not only on their culture, history, heritage and traditions but also their right to participate in decision-making processes over the exploitation, development and utilization of the resources within their ancestral domain.

Indeed, IPRA is not totally a perfect law but it provides the IPs greater opportunities for the exercise of self-determination, discourse or to be heard by policy-makers and decision-makers in the formulation of policies, programs, projects and activities that affect them.

The IPRA was crafted when the United Nations Declaration on the Rights of Indigenous Peoples (UNDRIP) was being negotiated in the United Nations (UN). If we look at the language of the IPRA, it reflects a lot the language of the UNDRIP. Fought for by numerous indigenous representatives from many countries in the world for more than 20 years since the 1970s, the UNDRIP was only adopted overwhelmingly by members of the UN General Assembly in 2007. The Philippines is one of the countries that voted for its adoption.

The IPRA paved the way for more IPs to play an active role in mainstream society even in a non-IP dominated community because they have rights to be heard, known, recognised, respected, and protected. The designation of every August 9 as the celebration of International Day of the World’s Indigenous Peoples also provides an opportunity to highlight the situation of indigenous peoples, to recognise their contributions, and to reiterate the efforts to advance their rights as a means to combat discrimination.

The month of October is the national IP month,  from its former status as Tribal Filipino month. This is an opportunity for IPs to further strengthen their unities, especially that they are targeted by both State and non-State actors, including corporations, as pawns in a war not of their own. Their struggle to defend their territories, to set up their own schools, to practice their traditional livelihoods, are sometimes branded as anti-development, anti-government, and worse, demonized.  On the other hand, our poverty in economics, human resources, opportunities, and political power, is being taken advantaged of by our own people who have gained positions of power and authority.

IPs are known to be gallant stewards of their ancestral domains and the environment as these are the sources of their subsistence and livelihood. Tempting offers for the exploitation of our natural wealth have divided our communities, corrupted our leaders, and destroyed our values.

We have been witness to numerous situations where the IPs were taken advantage by their fellow educated and influential IPs just so the latter can advance their economic and political interests. Individual interests have taken over collective benefits. It is so unfortunate that jobs are used as come-on to development projects. Those who are coopted into this kind of thinking do not consider the destruction of the sources of subsistence of 10 times their number. We are not totally against the development of our IP communities but we want to be co-owners of the developments that are meant to be for us.  We are the owners of the land thus we should be co-investors. We should not be beneficiaries but full co-owners with full benefit-sharing arrangements that give us just returns and not just pittance of 1% and mere menial jobs. We must be made, trained and developed as managers. This is the kind of development we want: as co-owners and managers of the businesses in our own territories. We must negotiate with businesses that our co-investment are the resources, and that we must be trained to develop these as our own, and they are co-equal partners. If there is something that we indigenous peoples must learn, it is to learn how to negotiate for just and equitable partnerships that respect our rights as the landowners. We must keep our lands, territories and resources, for the present and future generations by co-managing these, or outrightly setting-up our own community enterprises for the development of our natural resources that will bring communal benefits. The challenge is with us.