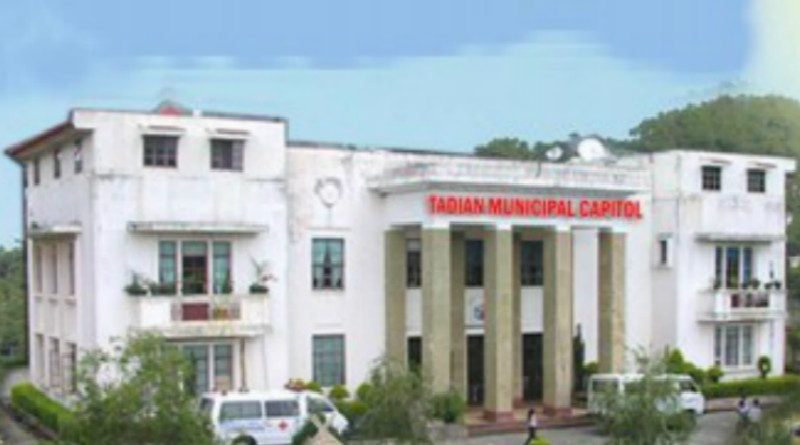 TADIAN, Mountain Province  – Community people joined local and provincial officials during the ground breaking ceremony recently on what is considered to be the biggest infrastructure project to be implemented in the municipality.

The road improvement project , costing 102.5 million pesos  will concrete  11.91 kilometers with a width of four meters. It will start at the Batayan junction and will end two kilometers away from barangay Mabalite, the western most community of Tadian.

Provincial Engineer Edward Likigan said the project is one among the farm to market roads under the Philippine Rural Development Project  (PRDP).  PRDP is a six-year national project under the Department of Agriculture (DA) that aims to establish a modern, value chain-oriented and climate-resilient agriculture and fisheries sector. The Project is jointly funded by the World Bank (80%), the National Government (10%)  and the participating LGU (10%).

Tadian vice mayor Alfonso Polan expects more agricultural activities in the western side of the municipality with the improvement of the road section. “There are agricultural areas which could be planted to fruits and vegetables but are left untended because of the road condition. For sure, the people from this part of the province will be encouraged to farm their lands,” Polan observed.

For his part, governor Bonifacio Lacwasan, Jr. called on the people to help in the implementation of the project saying that it took years before it was realized. Conceptualized in 2013, the first two biddings for the project did not materialize because of some hitches. It was only early this year that the project was finally bid out and awarded to a winning contractor. Failure of bid for the third time would have meant automatic withdrawal of funding support from PRDP.

Anglican priest Fallen Bugnosen solicited the participation of the people in seeing through that the project will be done as planned.

Former Tadian mayor Constito Masweng who claims to be the liaison of thw winning contractor said there will be no problem on the implementation of the project since PRDP has instituted mechanisms and procedures which should be strictly followed. Being a native of the place, Masweng also shares the sentiment of the people for the proper and timely implementation of the project.

Meanwhile two finished road improvement projects were inaugurated on the same date. Costing five million each, the projects were implemented along the Tadian-Nacawang road. One project was funded by the Social Local Road Fund (SLRF) while the other was through the  calamity fund of the provincial government.