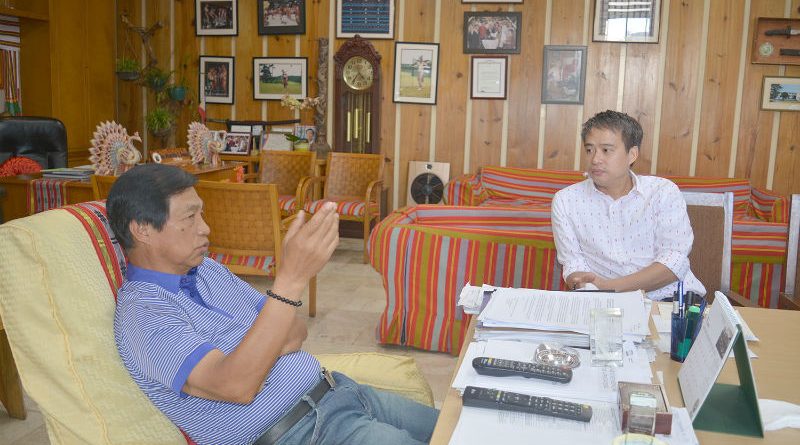 Villanueva met with Baguio City mayor Mauricio Domogan to discuss the idea of establishing a dialysis center  which he said will ease the financial burden our a lot of patients experience in undergoing dialysis treatment.

Department of Health figures showed that the number of Filipinos who received dialysis treatment jumped from 10,000 in 2013, but it jumped to 14,000 in 2016.

“The worsening problem of our people who need dialysis treatment is alarming, and the cost of treatment is very high. We hope that through this project with Mayor Mauricio, we can help ease their financial burden,” Villanueva said during a consultative meeting at the Baguio City School of Arts and Trades (BCSAT).

Villanueva thanked the people of Baguio City for giving him one of the highest number of votes in history after garnering 59,996 votes in the City.

The senator has filed close to 200 bills and resolutions of national importance, most of them aim to uplift the dignity of Filipino workers.

Villanueva, chair of senate committee on labor, employment and human resources development, has strived to pass on third and final reading proposed measures he has principally- and co-authored, such as Senate Bill No. No.1277 or Free Internet Access in Public Spaces Act, SBN 1304 or Free Higher Education for All Act, SBN 209 or National Tech Voc Day, SBN 1363 or Telecommuting Act of 2017, SBN 1365 or Philippine Passport Act, SBN 1354 or Philippine Mental Health Act, SBN 1449 or Extending the Validity Period of Driver’s Licenses to Five Years, and SBN 1318 or Tulong Trabaho Act of 2017.

“In just one year in the Senate, I have been more exposed to the harsh realities our workers are facing. I believe much still needs to be done in ensuring that our workers’ rights are protected. I am one with our fellow Filipinos who consistently hope that sooner, a brighter and worker-friendly future will be just within our reach. With our concerted efforts, we strive to establish a workplace free from any danger, discrimination, and deprivation of the basic necessities every worker must have. Let us all make this happen,” Villanueva concluded.

This post has already been read 142 times!TABUK CITY, Kalinga – With the voter’s registration extended, the Commission on Elections