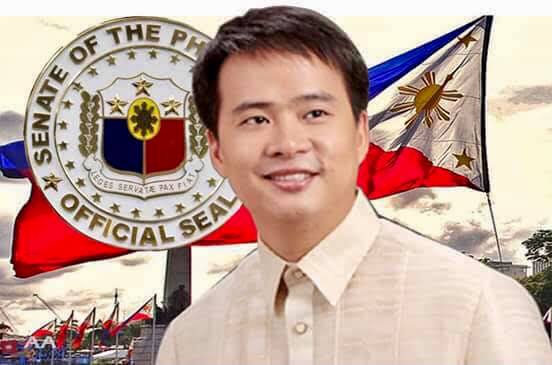 The distribution of direct aid to all Filipino families and massive job creation must go hand-in-hand if the country’s economy has any chance of building back better from the economic impact of the COVID-19 pandemic, according to Senator Joel Villanueva.

This as he identified former House Speaker Alan Peter Cayetano, proponent of the 10K Ayuda Bill in the House of Representatives, as a key partner in his job creation agenda in the Senate.

(Many of our countrymen still do not have jobs or sources of income, so I think there is a lot of hope to be had in something like 10K Ayuda. What we want are jobs, good jobs, and if we couple that with 10K Ayuda, that will be very good for our country’s economic recovery.)

Villanueva, who is mounting a reelection campaign, made his comments a few days after he came out with a TV ad featuring Cayetano and his 10K Ayuda advocacy.

(We’ve always said, we’re ready to partner with anyone who has the same vision as ours of giving opportunities and jobs to our people, definitely we’ll work closely with them.)

The 10K Ayuda Bill, authored by Cayetano and his allies in the Lower House, proposes a broad-based economic stimulus program that aims to provide direct cash grants of P10,000 to each Filipino family and small businesses to help the country recover from the economic effects of the COVID-19 pandemic.

Villanueva said partnering with Cayetano, who is also seeking a Senate comeback, was an easy one as they are close friends and have previously come together on anti-corruption, anti-gambling, and good governance initiatives in Congress.

(It’s not new that the two of us are pushing for the same advocacies and platforms in the Senate. And maybe if you think about Tesdaman and Alan Cayetano, our common denominators are jobs, jobs and Sampung Libong Pag-asa.)

In a live video posted on his Facebook page on Tuesday, Cayetano urged voters to pressure Malacañang, the Senate, and all presidential aspirants for the passage of the 10K Ayuda Bill since the money is already available for the stimulus proposal.

(We have to barrage our senators, the Malacañang, our presidential candidates with messages saying we want the P10,000 in direct stimulus because we have the money for it. P500 billion will be added to the budget next year, and we only need P200 billion to be able to give cash aid to every Filipino family.)

8       8SharesThis post has already been read 2719 times!The city identified some twelve priority investment areas that are expected to contribute in efforts