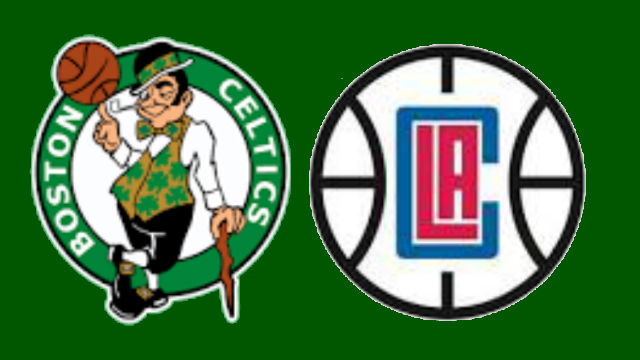 With the NBA All-Star Weekend and trade deadline in the rearview mirror, the real season begins.

As of February 27, the writing of this piece, teams have less than two months and about 24 games to gear up for strong finishes and position themselves for the coveted homecourt advantage.

The team standings shows the following:

It’s is still way too early for a clear picture on who the protagonists for the title be are but I am comfortable giving my forecast that the Clippers will prevail over the Celtics in a very entertaining finals.

The Clippers won their season series 2-0 but had to go through three overtimes to bag the wins. They took a 107-104 win last November at LA and a 141-133 Valentine’s Day double overtime win in Boston.

The Lakers roster construction is worrisome in case they meet the Rockets in the second round. It would literally be a David-Goliath matchup that could go either way.

The Lakers, however, are likely to advance as James Harden, Russell Westbrook and company need to consistently shoot the lights out during the series, a trait they had not demonstrated in the past.

The Clippers, meanwhile, will likely breeze through the first two rounds before eliminating the Lakers in the West Finals.

It will take a major meltdown for Milwaukee to loss the top seed. They are 9-1 in their last 10 games and are in a four-game winning streak.

The Bucks already assured themselves of a playoff spot in record fashion, becoming the fastest team to book a postseason appearance since the NBA implemented the 16-team format in 1984.

That happened last February 23 when ninth seed Washington Wizards lost. The Bucks completed 56 games at that point. That eclipsed the February 25th and 58 games of the 2016-17 Golden State Warriors.

The five-game spread of the Lakers over its closest pursuer and brilliant play of Lebron James are enough reasons for me to safely etch them as top seed.

They are 8-2 in their last 10 games and are in a six-game winning streak.

The addition of Markieff Morris is quite puzzling because he adds more size to the now towering but slow combination of Lebron, Anthony Davis, Dwight Howard, and JaVale McGee, despite their being thin at guard with only Alex Caruso, Rajon Rondo, and Avery Bradley.

It’s a gamble by the Lakers to go even bigger when it seems everybody in the league is trying to go quick, rotate the ball fast, and take more deep shot attempts.

These bigs must flash their paint dominance to avoid the upset if the semifinals match with the small, long bomber Rockets becomes a reality.

The Celtics and Clippers will not fall to the fourth seed, which means they will not face a top seed until the Conference Finals. Instead, both of them will overtake the Raptors and Nuggets, respectively, to take the second seed.

The Clippers are travelling through turbulence recently, just 6-4 in the last 10 games, but it might be because of they are finding chemistry while integrating the new pieces they acquired recently.

They are, by the way, made great moves to enhance their lineup, making them now at least nine-man deep.

The addition of Marcus Morris via trade gives them another body who can mix it with Lebron with spacing the floor capability.

The addition of Reggie Jackson via buyout is the insurance to allow rest or against any injury to Patrick Beverly or Lou Williams.

The Celtics are 8-2 in their last 10 games and had just wrap up a 3-1 west road trip, their only loss dealt by Lebron’s buzzer-beater.

The Celtics were an interesting championship contender early in the season, not due to lack of talent, but because of lack of a “go-to” guy.

Jayson Tatum, finally living up to his billing as the brilliant trade-down draft choice of the Celtics, just took possession of this role.

He has just scored more than 30 points in three straight games while shooting 60% or better from the floor, the first to do it since Kevin McHale in 1987.

Jayson Tatum has recorded 3 straight 30+ point games and shot 60% from the field or better in all three. The last @celtics player to do this was Kevin McHale (3 straight) in March 1987. @EliasSports pic.twitter.com/IjjKMo2SnJ

Gordon Hayward, Jaylen Brown and Kemba Walker complete the C’s four-headed monster who can pour in 20 points at any given time.

While this prediction might eventually involve the Lakers or Bucks instead of the Celtics or Clippers, these four teams will make games at the backend of the playoffs among the most entertaining the league has ever seen.