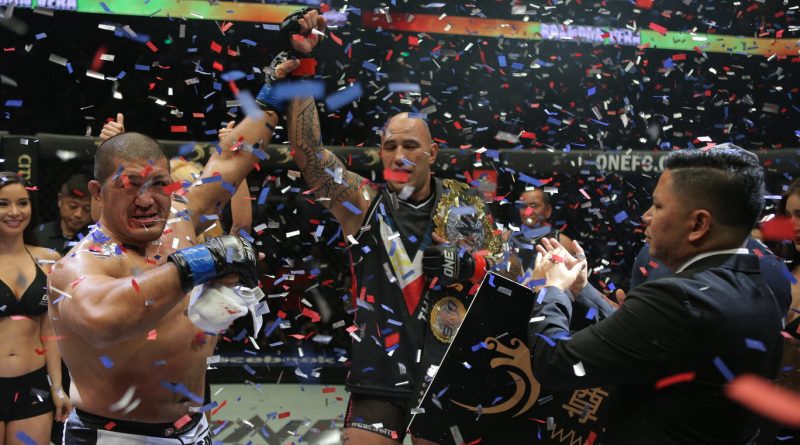 ONE Heavyweight Champion Brandon Vera will have an opportunity to become one of the few ONE fighters who held multiple titles in different divisions as he is set to get a crack at the light heavyweight crown later this year.

This was officially penciled in for ONE: GREATNESS UNLEASHED, the second event of ONE in Tokyo, Japan scheduled on October 13, 2019, as per seal of approval from ONE Championship Chairman and CEO Chatri Sityodtong during the post-event press conference of ONE: A New Era.

Vera will face current light heavyweight champion Aung La “The Burmese Python” N Sang in his attempt to join the ranks of his intended victim.

Aung La is one of the two men who has held multiples championships in different divisions, along with Martin Nguyen.

Nguyen is the current featherweight champion and has previously held the lightweight title when he stunned Eduard Folayang at the Mall of Asia Arena,

Vera initiated the making of this match when he challenged the Myanmar sports icon, who was fresh from defending his middle weight title for the third time during the main event of ONE: A New Era  last March 31, 2019.

“Mr. Aung La, congratulations on your win tonight. You are a man amongst men,” Vera said. “I would like to ask – if we are both healthy, we are both in shape, and we both agree – could you and I meet here in Japan in October, and I’ll challenge you for the light heavyweight belt?”

The challenge was accepted by the 33-year-old champion with no hesitation.

“I’ve always been a big fan of Brandon Vera, and it would be a great honor for me to fight him in October,” he said.

Aung La took out Alexandre Machado  via TKO due to head kick and punches to take possession of the light heavyweight title and was unchallenged ever since.

By: ARMANDO BOLISLIS
Photo by ONE Championship