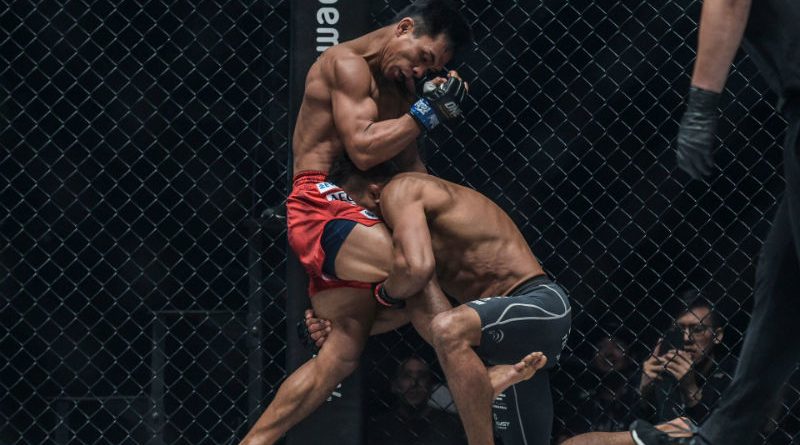 Filipino warriors were wiped out during Part 2 of ONE Championship’s ONE: Century held October 13, 2019 at Japan.

Brandon “The Truth” Vera failed in his attempt to wrest the Light Heavyweight World Championship against Aung La “The Burmese Python” N Sang via TKO at 3:23 of round two in their bout.

Honorio “The Rock” Banario succumbed to a d’arce choke  against Shinya “Tobikan Judan” Aoki  to loss via submission at 0:54 of round one of their lightweight bout.

Lastly, Bibiano “The Flash” Fernandes defeats Kevin “The Silencer” Belingon via a rear-naked choke submission at 2:16 of round two of their championship bout to retain the ONE Bantamweight World Championship.

Of the five Filipinos competing in the event, only Lito Adiwang emerged victorious. The other fighter, Danny Kingad, also lost in the Flyweight World Grand Prix Championship finals.

Other results of Part 2 of ONE: Century: