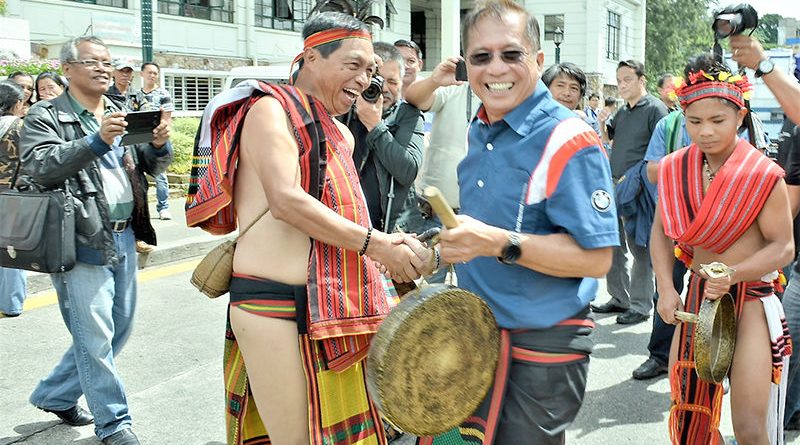 BAGUIO CITY – Presidential Peace Adviser on the Peace Process Jesus G. Dureza underscored the government will definitely appreciate varied approaches by different sectors in the Cordillera for the realization of the establishment of the elusive autonomous region.

While admitting that there are mixed signals reaching the Palace on the region’s renewed quest for autonomy, Secretary Dureza, in a telephone conversation, said that he had been emphasizing to representatives of groups from the different parts of the region that the priority of the administration is to gain the support of all sectors for autonomy pursuant to the mandate of the 1987 Constitution.

He pointed out President Rodrigo Duterte remains committed to support the establishment of the autonomous region in the Cordillera because it is the only means for the national government to infuse the needed assistance to the region for it to be able to catch up with the pace of development in other developed regions in the country.

“We welcome the active participation of concerned groups wanting to aggressively campaign for autonomy for the Cordillera because it might be the last time for the region to have another crack at achieving autonomous status. We do not need groups who try to derail the gains of the region’s renewed quest for autonomy” Secretary Dureza stressed.

The Palace official admitted having met with some purported advocates of federalism from the region in an unexpected meeting, he emphasized that the proper direction for the region is for the eventual establishment of the autonomous region to fastrack the development in the different parts of the region which were reportedly left out in the past.

According to him, autonomy advocates must sustain the gains of the on-going information education campaign being done in the grassroots level to instill awareness among the region’s populace on the importance of achieving autonomy so that it will be easier for them to elicit the support of the people once the proposed autonomy law will be enacted and submitted to the people for ratification in the future.

He rallied the Regional Development Council (RDC) in the Cordillera to continue engaging the various stakeholders in the national and local levels to enhance their lobbying activities to convince lawmakers to already enact the proposed autonomy bill now pending with the House committee on local governments.

Previously, Dureza vowed to champion the region’s renewed quest for autonomy that resulted to the first-ever meeting of Cordillera leaders with President Duterte in Malacanang last July 18, 2017 where the Chief Executive committed to certify House Bill (HB) No. 5343 or the bill that seeks to establish the autonomous region in the Cordillera as an urgent administration measure side by side with the proposed Bangsamoro Basic Law.

However, He claimed that the Palace has yet to issue the said certification considering that the proposed BBL is still being ironed out by legal experts to address whatever legal infirmities that is being questioned by various sectors in the country.