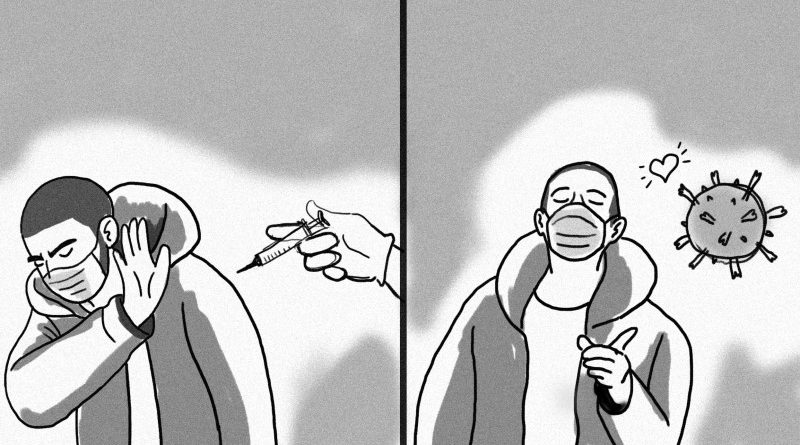 The government has embarked on an aggressive mass vaccination program with the gradual arrival of the vaccines that were either donated or purchased, to help in achieving the desired herd immunity among the country’s population to contain the spread of the dreaded Corona Virus Disease (COVID) 2019 and to pave the way for the revival of the economies worldwide that were heavily impacted by more than a year of trying to prevent the illness from affecting a much bigger part of the world’s population. Pharmaceutical companies have developed the vaccines aimed at containing the spread of the virus but these are still for clinical trials but and were issued emergency use authority (EUA) by the regulatory agencies in the different countries just so these can be used to achieve herd immunity.

Incidentally, the health department tends to admit that despite the availability of some of the vaccines in the country, their acceptability, especially the Sinovac from China, is observed to be low primarily because of the misconception of Filipinos that it might be again be a fake product. Further, the situation is aggravated by the fact that some of the data obtained from previous clinical trials showed that the efficacy rate of the Chinese vaccine is pegged at around 50 percent compared  vaccines manufactured in western countries and Russia which are roughly around 90 to 94 percent. While the vaccination is being rolled out in various parts of the world, the efficacy rate of most of the vaccines continues to significantly improve which only shows that there are improvements in the efficacy rate of the vaccines while the program is aggressively being rolled out.

Health experts have time and again stated that the most effective vaccine is the one that is readily available and could be already vaccinated on the individual to prevent them from contracting severe COVID. While it is true that despite being vaccinated, people can still contract the deadly virus but it will significantly reduce their chances of becoming severe, thus, being vaccinated will definitely be more advantageous to their health.

Much had been said on the efficacy rate of the vaccines thus there are people who refuse to be vaccinated until they have the vaccine that they desire, one with higher efficacy rate. What is important is that the government’s mass vaccination program is now being rolled out in the different parts of the country even if it is being done in trickles as the supply becomes available from the pharmaceutical companies.

The common problem of the government today is how to convince the members of the priority sectors to avail of the present supply of vaccines and the health department is now tapping the expertise of media practitioners to bring to the grassroots level convincing information and education campaign materials that will improving the participation of people in the ongoing mass vaccination programs in all parts of the country.

We certainly believe there might have been some lapses of the government in its vaccination campaign but one of the primary contributory factors in the quite low acceptance of the people on the available vaccines is the continuous misinformation in the social media on the efficacy of the vaccines. Certainly, the effort of the health department to seek the support of experts in crafting convincing information and education campaign materials is laudable as we need to massively distribute such materials  prior to the arrival of a huge volume of vaccines in the next two months for people to be willing to be vaccinated with them. The country has to achieve the projected herd immunity the soonest because there is a need to gradually and safely open the economy to avoid the further deterioration of the recession in the economy and cause more problems for the government on how to revive the heavily impacted economy.

Let us pool our available resources and expertise to convince our people to avail of the current supply of vaccines to help in opening the economy. Some times being choosy on the vaccines might be detrimental because we tend to further expose ourselves in contracting the COVID which could compromise our health condition. We should wait for the vaccines of our choice as it might be already too late for us to do so. Let us convince ourselves, our family members, relatives, neighbors and the people in our community to be vaccinated because it is the way to go for us to go to the new normal way of life.