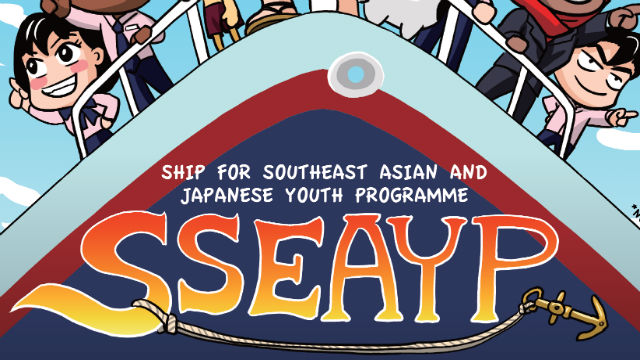 LINGAYEN, Pangasinan – A Pangasinense educator stepped up to become a delegate in this year’s 44th Ship for Southeast Asian and Japanese Youth Program (SSEAYP), a prestigious international youth program for Japanese and Southeast Asian youth.

Acena, who banners education as her advocacy, joins 26 other Filipino youth from across the nation who comprise the Philippine contingent dubbed this year as ‘Bulawan’ – a Visayan term for gold, to which the delegation represents what the Filipino youth embodies (strength, resilience and excellence).

Taking pride of the cultural heritage of Pangasinan, Acena said she will maximize her inclusion in the international cultural exchange as a means to promote her home province.

In her visit to the Governor’s office on September 4, Acena was received by Executive Assistant IV Ramon Morden and Chief Administrative Officer Irmina Francisco who extended well-wishes from the provincial government.

“Governor Amado I. Espino, III was elated to know that a Pangasinense made it as the official representative of region one in the 27-man Philippine contingent for SSEAYP,” Morden said.

Acting as ambassadors of goodwill, the Philippine contingent along with delegates from southeast asian countries, will experience institutional visits, homestay program, and dialogues, and participate in discussions regarding social and other youth-related issues from October 23 to December 15 in Japan, Cambodia, Thailand, Peoples Democratic Republic of Laos, Malaysia and Indonesia.

For 44 years now, the SSEAYP has been bringing together more than 300 young minds from Japan and southeast Asian region annually for a once-in-a-lifetime cultural exchange program on board MS Nippon Maru.