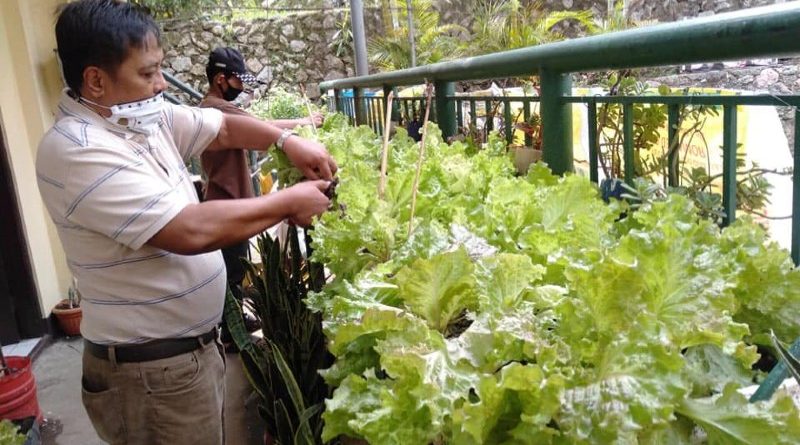 City officials recently sought for the inclusion in the 2021 current appropriations of the city government the programs, budget and activities for urban agriculture in the city to aggressively promote the practice among residents.

Under Resolution No. 152, series of 2021, signed by Mayor Benjamin B. Magalong, local legislators stated in the 2020 annual report of the City Veterinary and Agriculture Office (CVAO), among its flagship programs are the institutionalization of the 4H program in the Sangguniang Kabataan (SK) fund, the urban agriculture program, and the establishment of urban gardens in every government and private agencies.

Earlier, the City Council passed and adopted ordinances and resolutions that support urban agriculture programs and activities, which include among others Resolution No. 092, series of 2020, declaring 16 barangays in the city as barangays engaged in agriculture-based activities; Ordinance No. 113, series of 2020, that institutionalized the creation of the barangay agriculture and fisheries committee in the city; and Ordinance No. 02, series of 2021, which established the Baguio City Coffee Processing and appropriating funds for the skills enhancement of coffee growers and farmers in the city, and Resolution No. 108, series of 2021, that urged locals and homeowners in the city to engage in rabbit production as an alternative meat for consumption due to the low supply of pork brought about by the African Swine Fever (ASF).

Further, the 2018-2020 executive-legislative agenda assessment report of the city government cited the accomplishments of the CVAO, such as the promotion of the urban gardening and organic farming, rabies control and prevention, and the abattoir services.

The council stipulated that the city government need to continue providing the appropriate funding support to the aforesaid programs, projects and activities to advance the state of urban agriculture in the city to help empower residents to be actively involved in such productive activities as their alternative sources of food and income while helping contain the spread of the dreaded Coronavirus Disease 2019 (COVID-19) in the city.

The establishment of urban gardens which were popularly known as survival gardens during the implementation of the Luzonwide lockdown last year was one of the activities that kept the residents busy in their homes to raise food for their families because of the restrictions imposed on the movement of people that prevented the surge in the number of cases in the city.

Aside from serving as the source of their food, some residents earn some income from the produce of their urban gardens through the same of excess produce.

The CVAO and the barangays continue to document numerous residents that establish their respective urban gardens which serve as an added attraction in their homes and part of effective and efficient solid waste management as they use recyclable materials for the production of agricultural crops and ornamental plants that contribute in sustaining the greenery of their neighborhood. By Dexter A. See