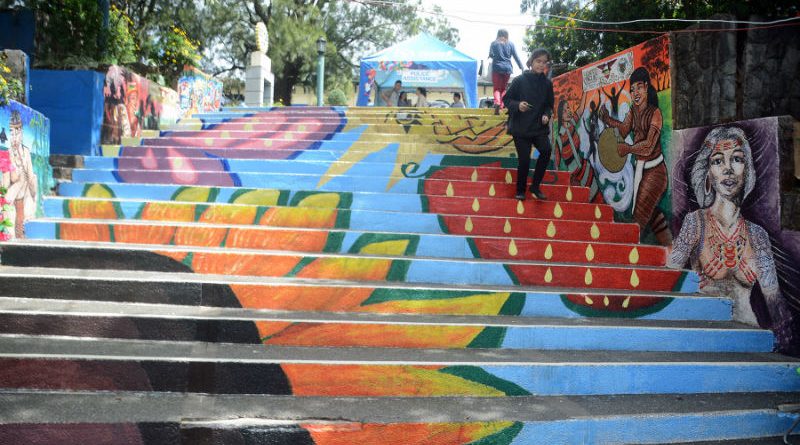 The city will pursue the upgrading of the Baguio Post Office park most probably starting next month to be completed by February next year.

City Environment and Parks Management Officer Rhenan Diwas stated that concerned officials of the State-run Philippine Amusement Gaming Corporation (PAGCOR) called for the finalization of the conditions of the memorandum of agreement (MOA) on the earlier P10 million committed by Chairperson Andrea Domingo for the said project.

He said that PAGCOR officials want the project to be implemented the soonest and as part of the gaming corporation’s support to the development of the city.

Diwas claimed that supposedly, it will be PAGCOR that will bid out the upgrading of the Baguio Post Office Park but the same might take some time, thus, it was agreed upon for the corporation to download the funds to the city for the conduct of the required public bidding to ensure the immediate implementation of the project.

The city environment officer disclosed that the funding support from the PAGCOR will be a big boost to the efforts of the local government to improve the current status of the parks to help boost the local tourism industry once that ongoing restrictions will be relaxed.

Earlier, Chairperson Domingo committed to the city government some P10 million form PAGCOR for the upgrading of the Baguio Post Office Park, one of the city’s priority development projects as an added attraction for visitors to the city under the Baguio Urban Core corridor.

Diwas stipulated that the city government will implement the project and thus be in charge of liquidating the funds.

The City Environment and Parks Management Office is charge of the maintenance, administration and operation of the various parks located around the city which are tourist destinations and that it is currently working on the improvement of the said public places to ensure that the parks will be ready for the expected influx of visitors once the ongoing restrictions will be relaxed by the concerned government agencies and the local government.

Diwas emphasized that the local government is currently working on the improvement of all the parks with the ongoing implementation of the various levels of restrictions and community quarantine to ensure that the same will be ready to accommodate the number of people that will flock to the said destinations, especially in the coming Yuletide season when the restrictions shall have been relaxed to pave the way for the celebration of the Christmas by the residents and visitors alike. By Dexter A. See

This post has already been read 1739 times!LA TRINIDAD, Benguet – Benguet caretaker congressman and Anti-Crime and Terrorism through Community