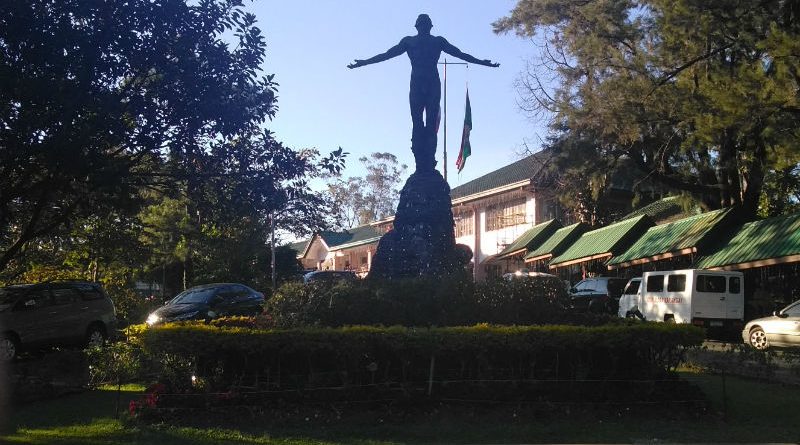 The University of the Philippines Baguio hosted the lecture of Ms. Joan Carling in the 19 July 2021 plenary session of the ongoing International Conference on Cordillera Studies. Carling is 2018 Champions of the Earth Lifetime Achievement Awardee of the UN Environment Programme and former member of the Permanent Forum on Indigenous Issues of the UN Economic and Social Council. She is also former Secretary-General of the Asia Indigenous Peoples Pact and a UP Baguio alumna.

In her presentation on “Indigenous Peoples’ Engagements in SDG Processes at the Global Level,” Ms. Carling gave an overview of the global processes that IPs are engaging in in relation to Sustainable Developoment Goals (SDGs). She also talked about the facilitation and coordination of IP groups, particularly by the Indigenous Peoples Major Group for Sustainable Development (IPMG).

Drawing from her extensive knowledge and experience from working on indigenous studies both at grassroots and international levels for more than 20 years, Ms. Carling discussed key challenges and opportunities for inclusion of IPs in the SDGs. According to her, among the challenges in achieving the SDGs is the lack of policy coherence in relation to the three dimensions of SDGs in addressing systemic barriers to inequality and unsustainable development. Relatedly, she pointed out the that IPs are still mainly considered as vulnerable groups and that this idea should change. Asked about the implications of of treating members of IPs communities and IP groups as vulnerable groups instead of rights-holders and development actors, Ms. Carling said that this would mean that the main target is to make IPs as mere recipients of a kind of development aid and might mean that they are not needed in decision-making. “This gloomy scenario, aggravated by the pandemic requires more concerted and transformative measures by states and development actors to advance the SDGs,” Carling, who is currently co-convener of the Indigenous Peoples Major Group for Sustainable Development, remarked. The necessary paradigm shift therefore entails changes which significantly manifest in the language that we use such as in recognizing IPs as “rights-holders” and “development actors.”

Despite challenges, however, it was conveyed that there are also opportunities for IPs for inclusion in the SDGs. Among these opportunities is collaboration with research and academic institutions to generate data and undertake case studies and researches on the state of affairs of IPs in relation to SDGs. This, according to Ms. Carling, is “for evidence-based advocacy and generating greater awareness and attention and action to the concerns of IPs, as well as in supporting our roles and contributions to sustainable development.”

When asked where she draws her strength and inspiration from, Ms. Carling shared that what inspires her is seeing that there is really a need in a lot of communities, not just in the Philippines. Emphasizing that the situation in the Philippines is common across the world, especially in Asia and Africa, Carling said, “I honestly believe that indigenous peoples have so much to share to the rest of the world, but we are just ignored and trampled upon.” In concluding her presentation, Carling asserted that “sustainable development for indigenous peoples will only be achieved if our rights, perspectives, and aspirations are recognized, respected, and supported, and that we are the central actors to our own development.”

Organized by the Cordillera Studies Center, ICCS3 has been dedicated to the theme, “Indigenous Peoples and the Sustainable Development Goals.” The online conference will have its last day on 26 July 2021. To watch the previous and the upcoming sessions, please visit bit.ly/VirtualICCS3, facebook.com/cordistudiescenter, or facebook.com/OfficialUPB. (UP Baguio Public Affairs/JL Lazaga & RN Gueco)

5       5SharesThis post has already been read 4864 times!The city is looking for a private entity that is willing to partner