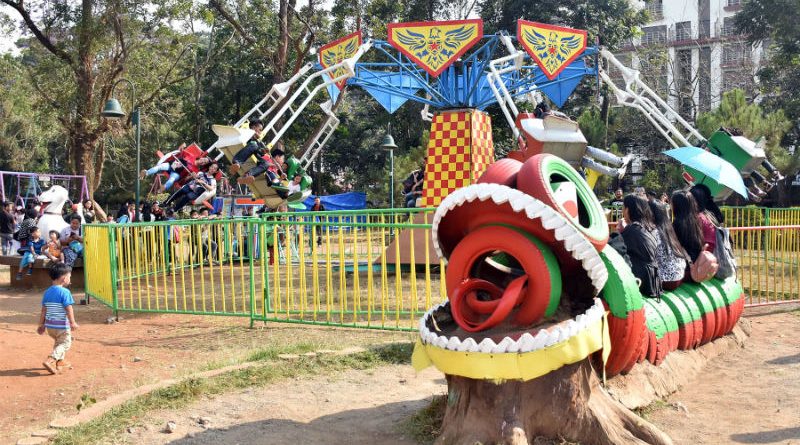 BAGUIO CITY  – Mayor Mauricio G. Domogan ordered the operator of the carnival within a portion of the Burnham Park children’s playground to dismantle the discovered unsafe rides to guarantee the safety of children and the public patronizing the said amusement rides in the area.

The local chief executive said that he was in receipt of separate reports from the City Buildings and Architecture Office (CBAO) and the City Environment and Parks Management Office (CEPMO) regarding the presence of unsafe rides in the carnival site which must be immediately dismantled because of the threat that the rides pose to the safety of the public patronizing the carnival.

“We have to make sure that the rides our safe. We ordered the dismantling of the unsafe rides while the safe rides were allowed to continue to operate for the benefit of providing amusement to the public,” Domogan stressed.

He added that the local government is still awaiting the safety certification to be issued by an independent safety expert regarding the safety of the existing rides in the carnival site which must be submitted by the operator considering that occurrence of several incidents that there were some children who were trapped in some of the rides in the place.

Earlier, the local legislative body approved the authority for the carnival operator to operate amusement rides within a portion of the children’s playground for three months to provide the public with added recreation facilities in the Burnham Park area during the summer season.

Domogan underscored that part of the terms and conditions of the operation of the amusement rides is for the operator to restore whatever damages that will be inflicted by the facility to the state of the children’s playground so that the place where the amusement rides are being done will be brought back to its original state prior to the conduct of the activity.

However, if the operator refuses to restore the damages that were inflicted in the park, the local government will be constrained to forfeit the bond that it posted before the permit was issued for the operation of the amusement rides in the said area.

Based on Executive Order No. 224, series of 1995 as amended by Executive Order No. 695, series of 2009, the local government will be in charge of the operation, administration and management of the 34-hectare Burnham Park for it to be a self-sustaining park so that it will remain as the city’s premier tourist destination.

Further, the local government cannot mortgage, alter or encumber portions of the park without the expressed authority of the Secretary of the Department of tourism considering that the property will still remain as a property of the national government under the tourism department.