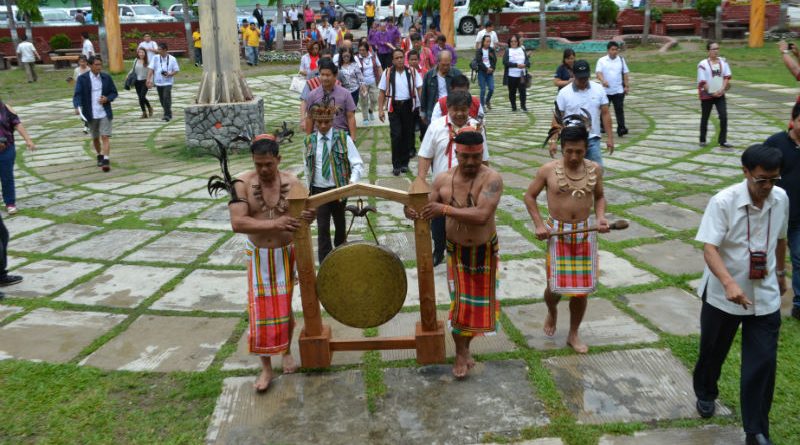 TABUK CITY, Kalinga – The week-long Unity Gong Relay will fire off in this city on Tuesday, July 9, 219 to jumpstart the 32nd founding anniversary of the Cordillera Administrative Region (CAR) that will culminate on July 15, 219.

Kalinga will serve as this year’s host of the CAR founding anniversary celebration while the Cordillera office of the Department of Public Works and Highways (DPWH-CAR) will serve as the line agency partner being the lead agency of the infrastructure committee of the Regional development Council (RDC-CAR).

The theme of this year’s CAR founding anniversary celebration is CAR@32: Building a One Greater Cordillera.

The Unity Gong Relay will kick off with the traditional opening program that will spearheaded by the provincial government and the DPWH-CAR before moving to Flora, Apayao in the afternoon where a similar program will be held within the municipal grounds at around 6 pm of July 9, 2019.

The gong will then be transported to Bangued, Abra on July 10, 2019 where it will be met by provincial officials right at the boundary of bra and Ilocos Norte before the conduct of the welcome program late in the afternoon.

On July 11, 2019, the gong will be brought to La Trinidad, Benguet by bra provincial officials wherein it will be welcomed with the traditional program in the afternoon.

The Gong will then be transported from La Trinidad, Benguet to Baguio City on July 12, 2019 where it will be welcomed by the usual welcome program by Baguio City officials before being brought to Mountain province where a similar program will be conducted in the evening of the same day.

On July 13, 2019, the gong will travel to Lagawe, IfugAo where it will be met by Ifugao provincial officials in the boundary of Mountin Province and Ifugao at Mount Polis before being escorted to the Ifugao provincial capitol for the conduct of the welcome program.

The gong will eventually be brought back to this component city on July 14, 2019 where it will be met by Kalinga provincial officials in Agbannawag before being brought to the provincial sports complex for the traditional Governor’s Night which will be a prelude for the culminating program of the CR foundation anniversary on July 15, 2019.

The Unity Gong Relay has been an institutionalized activity of the annual CAR founding anniversary celebration to continue depicting the unity of Cordillerans in the quest for regional autonomy and to drumbeat the aforesaid cause for the benefit of the present and future generations.

On July 15, 2019, former President Corazon C. Aquino issued Executive Order (EO) No. 220 that created the CAR to be composed of the provinces of Abra, Benguet, Mountain Province and Baguio city from the Ilocos Region and the provinces of Ifugao and Kalinga-Apayao from the Cagayan Valley Region.

The CAR was supposed to administer the affairs of the government in the region, accelerate the socio-economic growth and development of the region and prepare the region for autonomy.

By Dexter A. See
The Cordillera Unity Gong arrives in Mt. Province from Ifugao during the 2018 relay. Photo by JOSEPH B. MANZANO