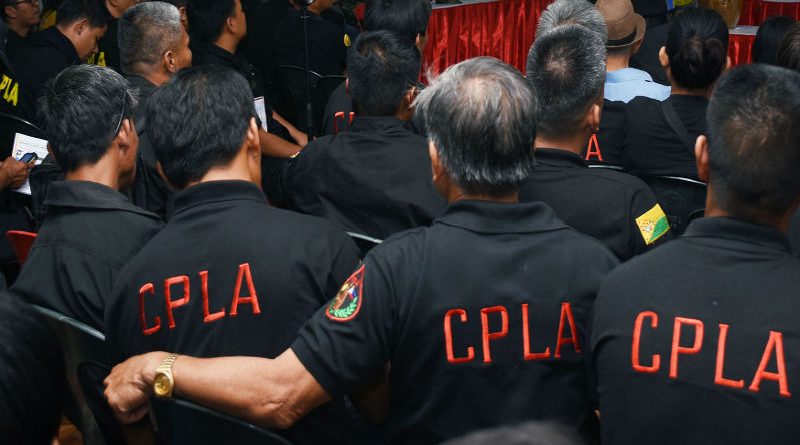 TABUK CITY, Kalinga  – Abra Vice governor and Unified Cordillera Peoples Liberation Army (UCPLA) Chairman Ronald Balao-as reiterated the persistent appeal of over 7,000 unprofiled combatants for peaceful talks with their counterparts in the government for them to receive the benefits provided to a selected few by the previous administration.

The unified CPLA official claimed he talked to the remaining remnants of those who were at the forefront of the armed struggle at the height of the Chico dam issue in the mid-1970s and the early 1980s and they were all in agreement they want to peacefully negotiate with the government to profile them and grant them the provision of appropriate benefits for the surrender of their remaining arms.

“We want another agreement with the government because we were not in favour of the closure entered into between the previous administration and selected CPLA leaders who were not even part of the movement at the height of the armed struggle,” Balao-as stressed.

He pointed out the CPLA was supportive of the idea of former Presidential Adviser on the Peace process Jesus Dureza for the establishment of peace and development forces in the areas where there are still remnants of the armed movement in exchange for their firearms but unfortunately, the same did not push through because of his untimely resignation from his post last year.

According to him, the remaining unprofiled CPLA combatants will not simply give up their arms but they were initially convinced to surrender their firearms through a process developed by Secretary Dureza, thus, the need for the Office of the Presidential Adviser on the Peace Process (OPAPP) to push through with the concept for the realization of lasting peace in the Cordillera.

Vice governor Balao-as urged the new leadership of the OPAPP to continue being open to dialogues with the unified CPLA and not limit themselves to the controversial Cordillera Peace and Development Forum (CPDF) because the group does not actually represent the ordinary combatants who risked their lives at the height of the armed struggle to spare the region from the possible abuse of multinational companies to the region’s rich resources.

Balao-as asserted the government agencies must provide alternative sources of livelihood for the remaining unprofiled combatants through the concept of the peace and development forces in their areas to convince them to give up their arms and embrace law, and as well as support the region’s renewed quest for autonomy.

He disclosed the unified CPLA also expressed its support to the ongoing information and education campaign on the quest for autonomy because it was the reason why their forefathers risked their lives to spare the region from what could have been a serious setback in their efforts to preserve and protect the region’s rich resources from being abused and ravaged by multinational companies without providing indigenous peoples their due share from the exploitation, development and utilization of such resources.