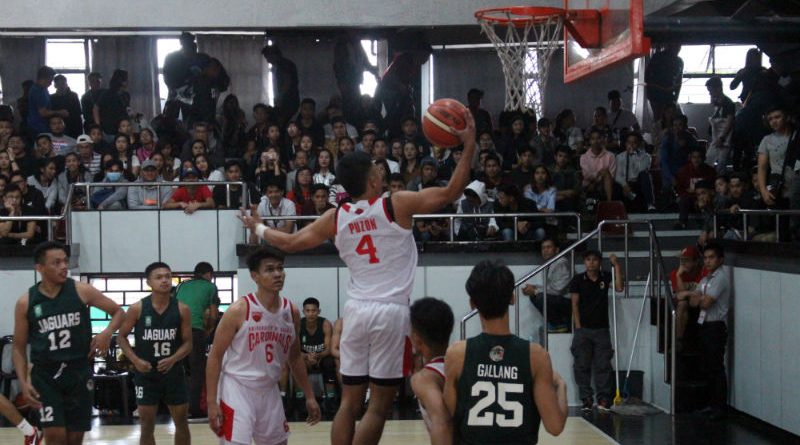 The University of Baguio (UB) Cardinals proved their might in the 33rd Baguio-Benguet Educational Athletic League as they caged the University of the Cordilleras (UC) Jaguars, 92-51, to complete their unbeaten season and retain their Men’s Basketball title.

The Cardinals went to work early and took the fight out the Jaguars right in the opening canto.

Bheiniedick Lozano opened the hostilities with a basket and added a triple a little later and Claude Leymark Camit scored the final four baskets of the Cardinals to close the first quarter with 28 while limiting the Jaguars to only 11.

The Jaguars got their bearings back as they were able to play the second quarter to a standstill until Lozano drilled in a triple from top of the key to beat the buzzer and give the Cardinals an even 20 point lead, 48-28, at halftime.

Camit then poured six more points to ignite a 12-0 run to start the third. That upped the Cardinal lead to 32, 60-28, exactly midway through the third.

The Cardinals had smelled the aroma of victory by that time they slowly dispatched their bench to take the floor.

The Cardinals did an Ateneo Blue Eagles and San Beda Red Lions act when they also swept the elimination round to get themselves an automatic finals berth and send the semis to a stepladder format.

This year’s title is the second straight for the Cardinals.

This post has already been read 142 times!MANKAYAN, Benguet– Lepanto Consolidated Mining Company (LCMC) rolled out a series of information