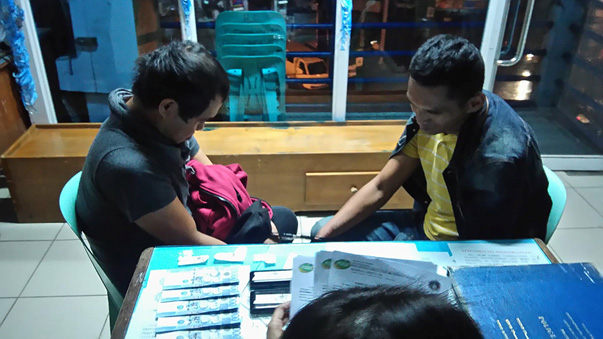 BAGUIO CITY April 09 – A member of a local drug group operating in Baguio and Benguet and his cohort fell in a sting operation orchestrated by anti-narcotics agents from the Philippine Drug Enforcement Agency Baguio and Benguet this afternoon inside a local inn along Marcos Highway.

Upon their arrest, both suspects yielded two more sachets of suspected shabu, the buy-bust money and two mobile phones.

They are now temporarily detained at the PDEA-CAR detention facility pending the filing of a cases for violation of Republic Act Number 9165 otherwise known as “The Comprehensive Dangerous Drugs Act of 2002.”