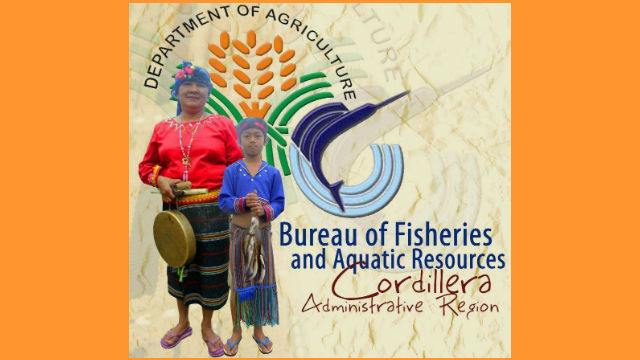 TADIAN, Mountain Province – Once again, Mountain Province Governor Bonifacio C. Lacwasan, Jr. expressed his profound gratitude to the Bureau of Fisheries and Aquatic Resources (BFAR) – Cordillera Administrative Region (CAR) for its relentless support to the agricultural needs of Mt. Province during the inauguration and blessing of a twin-tank hatchery in Tadian, Mountain Province, December 9, 2020.

Also, the inauguration and blessing were witnessed by concerned provincial employees, TAFFIA members and other stakeholders.

According to Cadio, the twin-tank village typed hatchery project of the TAFFIA was funded by the BFAR under its Special Area for Agricultural Development (SAAD) program in the amount of P500,000.00.

He further said that all other improvements within the hatchery site such as the additional fish tank, fish ponds and building structures were realized thru the collective counterpart by the TAFFIA members of which membership is composed of stakeholders from 13 barangays of the municipality of Tadian.

In his message during the event, Gov. Lacwasan admired Director Signey for her hard work and dedication in ensuring that SAAD projects in the province are promptly implemented.

He also mentioned how he is grateful for all the supports and favors that the provincial government is receiving from the partner agencies in the national government such as the SAAD program which aims to alleviate poverty in the most vulnerable sectors in the country through agricultural development.

“May this TAFFIA hatchery project serve as an inspiration to all our local fisherfolks. This shows that fingerling production is a very possible venture for interested people in our province,” he said.

In addition, the Governor also challenged his constituents to be more aware of the various programs and services that the national and local governments are giving to the people.

“With these, I am hopeful that with the help of our good director, more projects like this will be implemented in Mt. Province. To all those who wish to avail of the various programs of the government, the provincial government is always here to give our best support to you. After all, we only have ONE GOVERNMENT. A government who truly cares for us. This government has never really left us unattended especially during the difficult times brought about by the coronavirus pandemic,” he further said. // Imelda U Sawi, MP-PIO

8       8SharesThis post has already been read 1974 times!The city identified some twelve priority investment areas that are expected to contribute in efforts