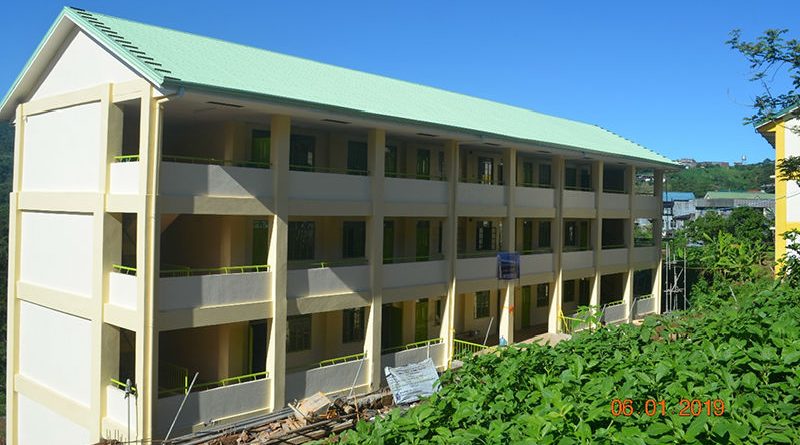 TUBLAY, BENGUET – A new building has been turned over to the Tublay School of Home Industries (TSHI), here, on May 31, 2019. The new structure is intended to be used by senior high students.

Nestor L. Bolayo, Assistant Schools Division Superintendent of the Schools Division Office of Benguet and Herminia M. Osting, School Principal IV of TSHI, accepted the four-storey, twelve-classrooms building worth around 23Million Pesos from the Department of Public Works and Highways.

Peter J. Guibac, representative from the Office of the Congressman, said during the turnover and inauguration that everyone should take full responsibility for the care of this building. “You are the angel of this building,” he said.

Tublay Mayor Armando I. Lauro expressed gratitude to all the people who worked and helped for this building and other buildings that were turned over to TSHI in the past. “These [buildings] benefit our students because conducive classrooms are [one of] the factors for quality education,” he said.

Mr. Samuel L. Duglin Sr., Parent Teacher Association’s President, for his part stressed the importance of dedicating [these] things to our Heavenly Father.

Engr. Franklin Kabluyen, DPWH representative, on the other hand, explained the reasons why the building was not immediately completed. “[The delay was] due to some problems like illegal settlers, sinking area and the continuous rain, the completion of this project was delayed,” he said.

By Rose K. Polon
NEW TUBLAY SCHOOLBUILDING – Photo shows the schoolbuilding that was formally turned over by the Department of Education, Division of Schools in Benguet to the Tublay School of Home Industries (TSHI) which will be used by the senior high school students enrolled in the institution. Photo by Rose K. Polon