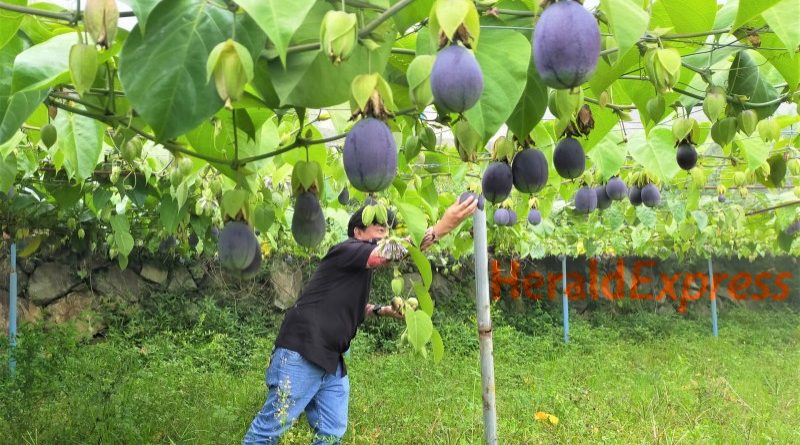 TUBLAY, Benguet – The municipal government recently opened some selected tourist spots initially for residents to gradually revive the local economy that will contribute in efforts towards the new normal.

Mayor Armando Lauro stated that the selected tourist spots that had been opened for residents include the Asin Hot Aprings, Sili Cave and Balite Tree in Barangay Tuel; the WINACA Eco Park in Barangay Capongan and the Polig Berry Farm (in photo) and Kaalnusan in Barangay Ambassador.

However, he pointed out that residents going to the aforesaid tourist destinations should strictly adhere to the prevailing implementation of the basic health and safety protocols such as the mandatory wearing of face masks and shields, the observance of physical distancing and the practice of personal hygiene to prevent them from contracting the dreaded Coronavirus Disease 2019 (COVID-19) and transmitting the same to their families and people in their communities.

The local chief executive claimed that the local government cannot yet allow the opening of other tourist spots because of the ongoing preparations for the same to be ready anytime soon because of the need to allow the movement of people and for the tourist spots to be able to resume their operations for the benefit of the possible revival of the economy in the different barangays.

Among the restrictions that will be imposed in the tourist destinations include no drinking and no gambling in the sites to prevent the convergence of people that might serve as a mode of spreading the virus in case there will be visitors to the tourist spots that are infected with the virus.

Lauro said that the initial opening of the town’s tourist destinations for residents will help the local government to decide on whether or not to eventually open the same for Baguio and Benguet residents and for domestic and foreign visitors in the future once there will be no incidents that will transpire that would result to the sudden surge in cases which might affect the decision to expand those that will be allowed to visit the tourist spots.

Earlier, Tourism Secretary Bernadette Romulo Puyat visited the municipality to assess the preparations being undertaken by the municipal government for the projected opening of some of the town’s tourist destinations initially for residents and eventually for domestic and foreign visitors.

Lauro urged the residents to strictly adhere to the health and safety protocols being implemented in the different tourist spots to allow the smooth easing up of the restrictions that will pave the way for the possible resumption of tourism-related activities in the municipality in the coming months.

The tourist spots in Tublay is one of the most frequented destinations in the Baguio-La Trinidad-Itogon-Sablan-Tuba-Tublay (BLISTT) area because the same cater to the preference of nature lovers among other domestic and foreign visitors.

By HENT
Photo by Joseph Manzano

This post has already been read 2322 times!The city identified some twelve priority investment areas that are expected to contribute in efforts