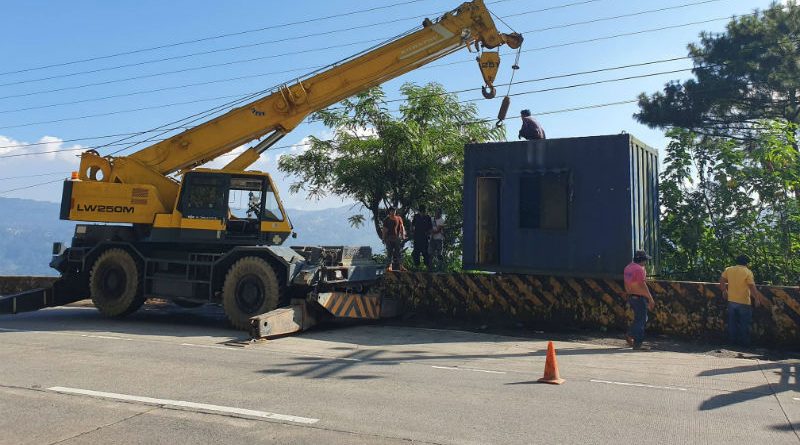 TUBA, Benguet – The municipal government will work out the installation of sufficient number of streetlights in strategic areas along Marcos highway, particularly the Poyopoy area, to prevent unscrupulous individuals from dumping garbage and dead bodies in the ridge.

Mayor Clarita Sal-ongan said the local government will pay for the power consumption of the streetlights that will be installed along the area, specifically at Poyopoy, Poblacion, here, so that it will deter the rampant dumping of garbage and cadavers in the area.

Aside from working out the installation of streetlights along the roadline, the local chief executive added the local government will also fence off the area and place a container van that will serve as a community police assistance center of the Tuba Municipal Police Station to put a stop on the identity of Poyopoy as a dumping area of alleged victims of summary execution.

Earlier, six cadavers and 2 skeletal remains were discovered in a 30-meter deep ravine along Marcos Highway, specifically at Poyopoy, Poblacion aside from the tons of garbage that were previously dumped in the area.

“We will try to use our limited funds just to have the area lighted and fenced to prevent a repeat of similar incidents in the future. It is unfortunate that the dumping of cadavers and skeletal remains happened in our area of jurisdiction that tainted the good image of our municipality,” Mayor Sal-ongan stressed.

Last Saturday, the local government also worked out the burial of the five still unidentified cadavers in the town’s public cemetery while awaiting the results of the DNA tests that will be released within one month.

Sal-ongan solicited kind-hearted individuals to provide the sand, gravel, hallow blocks and iron bars that were used by the concerned residents in the construction of the temporary tomb of the five still unidentified cadavers that were buried late Saturday afternoon.

Among those who responded to the appeal of the municipal mayor for donations included MA Camilo Freight Services and Engr. Antonio R. Tabora of the Tabora Sports Complex.

The local government also sponsored the conduct of a ‘daw-es,’ a cleansing ritual, in the area so that the unscrupulous dumping of cadavers and skeletal remains in the area and for the souls of the ones who were dumped in the area will peacefully leave the place and for them to go back to their places of origin.

Sal-ongan stated that the use of a container van as a community police action center in the area will help in ensuring the presence of police officers who will be closely monitoring the peace and order as well as the traffic situation in the area to prevent the occurrence of similar incidents that will again project a bad image of the municipality.

Tuba hosts majority of the portions of Marcos Highway, Kennon Road, Naguilian Road and the newly opened Tubao-Nangalisan Road, four of the major roads going in and out of Baguio City. Which is being frequented by tourists during weekends and holidays.

Sal-ongan expressed optimism that the dumping of cadavers and garbage along portions of Marcos Highway will come to a stop with the putting in place of necessary measures that will provide added security in the portion of the road being used as dumping area.