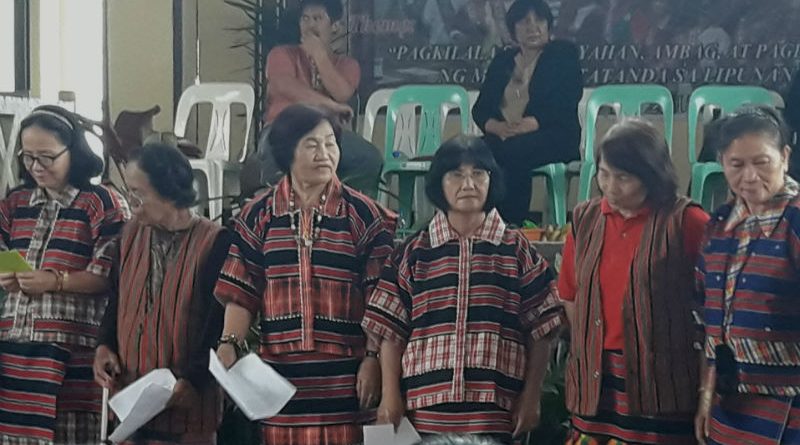 TUBA, Benguet – The elderly citizen of Tuba convened in the municipal grounds to celebrate the first general assembly of the Federation of Tuba Senior Citizens Association, Incorporated last November 16, 2017.

The different associations and organizations of the elderly who participated in the event performed various presentations including depicting ethnic arts and displayed and sampled out various fruits and vegetables that were grown and produced in their own backyard or farm.

According to Alberto Sim Segundo, the chairman of the Office of the Senior Citizens Affairs of Tuba and creator of this event, the affair was intended to exhibit and promote the senior citizens’ fruit and vegetable produce.

In doing such, Segundo also said that they want to show senior citizens are still a useful and productive part of the community through the product exhibition, as well as giving an opportunity for the elderly to enhance their daily routine by participation in the different presentations and the sharing of the food.

Austria reminded the elders on maintaining a healthy body and gave tips on how they can improve it.

Segundo also said P1,000 incentive was given to the participating associations.

He also hopes the assembly could become a yearly affair. “We are making moves for our foundation day to become
institutionalized”, he said.

He is encouraging senior citizens who are not yet members of the group to give it a try.

A registration fee of P121 and three 1×1 ID pictures will make one a lifetime member of the organization. When one becomes a member, he or she can enjoy benefits like assistance in processing PhilHealth membership and the issuance of the booklet used in availing the senior citizen discount, among other perks.

Segundo also thanked Janet Mariano, the MSWDO of Tuba, and Nenita Erasmo, the SWA and concurrently the Focal Person of the FTSCA for their contributions in making the event happen.