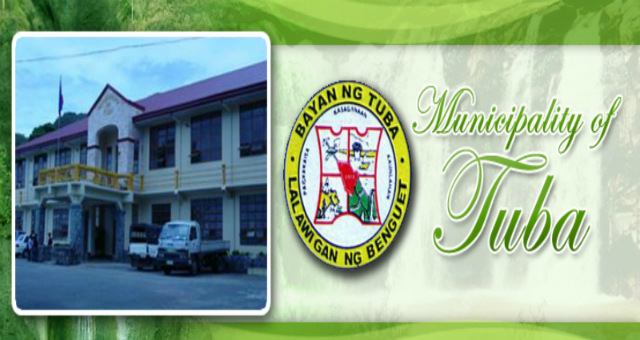 TUBA, Benguet – The municipal government needs at least P45 million to purchase a 5-hectare property along Marcos highway for the establishment of a one-stop shop government center to cater to the growing needs of residents and visitors.

Mayor Ignacio Rivera said the Bangko Sentral ng Pilipinas (BSP) and the Development Bank of the Philippines (DBP) already gave the ‘green light’ for the acquisition of the P45 million through a long-term loan for the immediate realization of the local government’s plan to establish a government center along one of the major highways leading to Baguio City.

“We are awaiting the completion of the required documents for the processing of the approved loan so that we will be able to push through with the project. We really need to establish a government center along Marcos highway so that our constituents and the public could easily transact business with our extension office in the area,” Mayor Rivera stressed.

Aside from being an extension office of the municipal government, the local chief executive disclosed the area will also accommodate a multipurpose training center, a trading center for locally produced agricultural crops and other handicrafts, among other facilities that are needed to entice the influx of investors to consider the municipality as one of their business areas for the enhancement of socio-economic services in the locality.

According to him, Marcos highway is the strategic area where the one-stop shop government center could be established because it is one of the main highways leading to Baguio City, thus, the need to provide various services available for the residents and the public wanting to transact business with the local government before spending a vacation in Baguio or other destinations in the Baguio-La Trinidad-Itogon-Sablan-Tuba-Tublay (BLISTT) area.

Mayor Rivera explained the local government is currently looking for a property along Marcos highway that could meet the prescribed requirements so that the loan could be processed that will result to the realization of the long-term project which is geared towards spurring socio-economic growth in one of the identified growth areas in the BLISTT.

Aside from working on the acquisition of the loan for the project, Rivera claimed the local government is also bullish in the development and aggressive promotion of its potential tourist destinations so that the available tourist spots will be able to get a share from the influx of tourists to Baguio City during weekends and holidays.

Among the potential tourist destinations in the municipality include the Aran cave along Kennon road, the famous Asin hot springs in barangay Nangalisan, the various waterfalls and resorts distributed around the town.

He claimed that the comprehensive master development for the Mount Sto. Tomas forest reservation is being finalized by the concerned government agencies, the local government and the stakeholders which will serve as the basis in the implementation of the required projects to cater to the influx of tourists before it will be formally opened for tourists in the future.

Rivera expressed his gratitude to the people of Tuba for their continued trust and confidence in the efforts of the local government to improve the overall socio-economic situation in the locality for the benefit of the present and future generations.