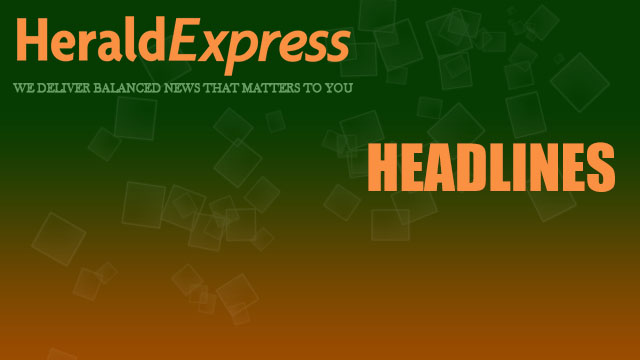 TUBA, Benguet – He is a story of success. Rags to riches if you will. A frog turning into a prince, the Cinderella of local politics. Although on second look, one would think twice about this impression. He is no overnight sensation. He has worked so hard every step of the way, rising from the ranks of a corporate organization sans a college degree, becoming his own man in a political arena.

Ignacio Rivera, the newly minted mayor of Tuba, a first-class municipality in Benguet, easily credits his success to having spent 21 years with Padcal mine where he honed his administrative and management skills, and 34 years spent either as a councilor or a captain of Tuba’s Barangay Camp 3, where he learned the necessity of and benefits derived from arbitration. It was his three-year stint as barangay secretary of Mameltac, in the La Union capital of San Fernando, in 1969 – 1972, that launched his political career. “I have learned so much during my employment with Philex, and when I was a barangay official, in various capacities, of Camp 3,” he says in an interview at his office in the Tuba Municipal Hall.

The 64-year-old Rivera, born Dec. 17th in San Fernando, La Union, spent his last 13 years with Philex Mining Corp. as the housing administrator of its Padcal operations in the host towns of Tuba and Itogon, both in Benguet. This is no mean feat for someone who had started off as a welder and mechanic with the same company in 1972, armed with a diploma in automotive mechanic from the Northern Luzon Technical Institute in San Fernando. He became a board of director at the Philex Credit Cooperative in 1980 – 1986.

His early career in politics was not lacking distinction or eminence either, having been granted the Konrad Adenauer Prize for Excellence as barangay captain in 1996, a recognition that came with a trip to Indonesia, Malaysia, and Thailand. Together with co-awardees Jesse Robredo, the late mayor of Camarines Sur’s Naga City who later became Secretary of Interior and Local Government, and then-Gov. Roy Padilla, Sr., of Camarines Norte, Rivera visited the three Southeast Asian countries, witnessing and learning from the workings of their local governments.

Named after the European statesman Konrad Adenauer, who served as the first post-war Chancellor of Germany from 1949 to 1963, the eponymous prize was infrequently awarded by the Germany Foundation in 1967 – 2001.

As mayor, Ignacio Rillon Rivera is now delighted to use his skills in arbitration, an alternative resolution of disputes outside the courts, which had he gained while being a barangay official. “I use these skills to motivate, abdicate, and delegate the various tasks to the department heads and employees,” he responds gladly when asked how he was at his current position. “It’s easier than when I was the chairperson of my barangay where I had to do most, if not all, of the tasks at hand. Here, there are so many people helping me.” In choosing arbitration, he explains, the parties involved save time and money by going for a dispute resolution administered by, say, a barangay chairman, instead of going to court.

In 1995, Brgy. Camp 3 was selected as one of the 50 Model Communities of the World as part of the celebration of the 50th anniversary of the United Nations, owing mainly to the mining village’s excellent environmental protection program geared toward sustainable development. This is something Rivera is very proud of, having served as Camp 3’s chief executive in the 20 years to 2008 after being a councilman in 1982 – 1987. A year earlier, Camp 3 was elevated to the Hall of Fame of the Lupon Tagapamayapa of the Philippines, having won The Most Outstanding Award in arbitration for three years in a row. The barangay captain sits along with the other village residents on the Lupon Tagapamayapa (Pacification Committee), which decides on arbitration cases.

Rivera is also recipient of the 1993 Everlasting Award for Community Service and the 1992 Best Barangay Captain Award, both given by the provincial government of Benguet, which had noted the number of school buildings, multipurpose halls, roads built and the electrification projects realized during his stint in Camp 3.

Right now, Rivera is making the most of his being Tuba’s chief executive, ignoring talks that he had won only as an independent bet for being a dark horse, since his four opponents belonged to the same tribe, thus splitting the votes of their respective clans. “I am pursuing the establishment of a solid-waste facility in this town, as well as a massive education campaign on the social-development projects given to us by Philex,” he says. The sanitary landfill shall be done through a public-private partnership (PPP) while the information dissemination is seen to encourage Padcal stakeholders on which health, environment, livelihood, and public infrastructure projects to pursue in coordination with Philex Mining.

He is more concerned, however, with the stakeholders’ as well as the town’s self-sustainability after every project done with the gold-and-copper producer. “We can’t just have dole-outs from private companies,” he stresses. “We strive to have counterpart funds, service, or labor for every social project they give us.” But he also expects the benefactors to sit down with municipal officials and people’s representatives during the planning stage, with an end-view to identifying the projects of utmost importance to the community. He stresses, for instance, the urgent need for Philex Mining to expand the number of its college scholars. “Education is very important, so why don’t you extend your scholarship program to more college students?” says Rivera, who has four children (three daughters and one son) with his wife Joana Camacho Tican, an accountant who now acts as his executive secretary. He also has one daughter from a previous marriage.

Philex Mining has allotted P6.9 million for its 107 college scholars for the period 2016 – 2017, with an additional budget of P5.2 million taken from its savings the previous academic year. Coming from the host and neighboring communities in Tuba and Itogon, these students are pursuing their respective academic interests in the different colleges and universities in Baguio City and Benguet. In the 12 years up to 2015, Philex Mining has spent P86.5 million in its education program Pusong Philex, with scholars at all levels as well as those who took up technical-vocational courses, the Special Program of Employment of Students (SPES), those enrolled in the government-run Alternative Learning System (ALS), and the construction and rehabilitation of schools, classrooms, teachers’ quarters, and preschools.

Noting that Philex Mining has lived up to its commitment to responsible mining through its various programs on work safety, social development, and environmental protection, Rivera says he is thankful that the miner has been faithful in fulfilling its tax obligations to his town. The funds have been used to build farm-to-market roads and potable water systems, especially in remote barangays.

The company’s contributions in various forms of taxes have made Tuba one of four first-class municipalities in Benguet, the other being are Itogon, La Trinidad, and Mankayan. About 76 – 85 percent of Tuba’s P131.6-million revenue, excluding its Internal Revenue Allotment (IRA), for 2014 – 2015, came from Philex Mining in the form of various taxes. This is almost at par with its IRA allocation of P161 million. IRA is a local government’s share of revenues from the national government.

Rivera now wants to see the large-scale miner conduct more livelihood training and seminars on cacao plantation, ornamental bamboo and high-value crops for his constituency. Improving the lot of his constituents is something that he was and still is wont to do, as it is not only good for the community but also for his soul. Paraphrasing Stephen Grellet, the 19th-century French-born American missionary of the Religious Society of Friends, he says: “We only pass this world but once, so let’s make the most of it.”