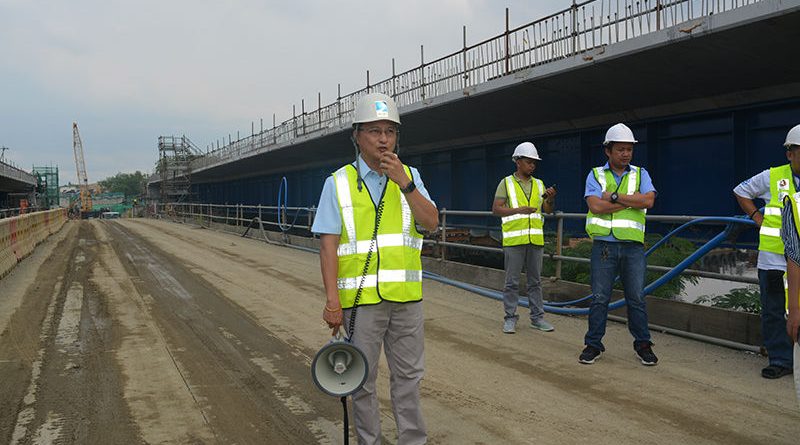 BAGUIO CITY  – Truckers will directly benefit from the completion of NLEX Corporation’s multi-billion Harbor Link project because of the expected round-the-clock travel and significantly reduced travel time in the transport of basic goods to the Visayas and Mindanao by the end of this year, a senior official of the NLEX Corporation said here recently.

Engr. Fernando Autor, assistant vice president for NLEX Corporation’s project management department, said the put up of the P16.5 billion Harbor Link project is to ease the transport of goods from Luzon to the Visayas and Mindanao compared to the present situation since the road link will be open 24/7 without the imposition of the truck ban aside from the significantly reduced travel time from 23 minutes to only 11 minutes.

Autor said that the project is almost 60 percent complete and expected to be completed and operational by the end of the year contributing to efforts in easing traffic in Metro Manila by providing direct expressway access for commercial vehicles, especially heavy trucks.

The NLEX Corporation underscored the project will help spur economic activities in the Caloocan, Malabon, Navotas and Valenzuela area as well as increase the value of lands in the said places and stimulate commerce between the port area and Central and Northern Luzon.

For the company’s C3 to R10 road project, Autor said that it will provide the link for south-bound vehicles wanting to evade the monstrous traffic jams leading to its 9-kilometer connector road up to the South Luzon Expressway which cuts travel time from the current 2 hours to only 20 minutes.

Autor revealed that the connector road will have a total project cost of P18 billion and is expected to be completed by next year in line with the administration’s build, build, build concept of development making travel from north to south and vice-versa much easier.

“We are waiting for the government to deliver its commitment to free the areas to be traversed by our projects from road-right-of-way problems so that we will be able to meet our projected target completion dates. The development of our toll roads is our contribution in helping spur economic growth in the less developed communities surrounding Metro Manila,” Autor stressed.

Initially, the NLEX official said that the Harbor Link road will be operating 2 lanes on both sides with a provision to expand to 3 lanes depending on the volume of traffic once it will be opened to traffic by the end of the year.

He opined vegetable truckers will also be spared from the alleged extortion activities of law enforcers as they will enter the expressway, and there will be smooth flow of traffic up to the port unlike in the present situation where they have to pass through several police checkpoints en route to the harbour area.