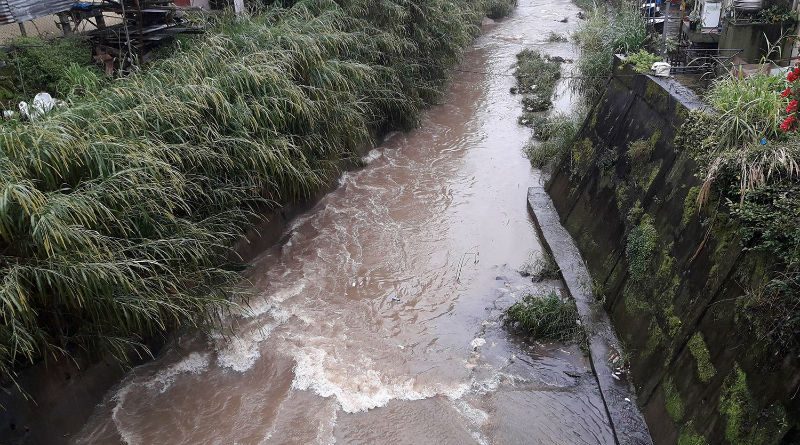 LA TRINIDAD, Benguet – The municipal council approved a resolution requesting the officialdom of Baguio City to fund the installation of a trash screen along strategic portions of the Balili River within the city limit area to serve as a holistic waste management to prevent the huge volume of waste from the different barangays of the city from being washed down the major river system.

Vice Mayor Roderick Awingan said that the local government’s request to Baguio City is also in line with the request that was previously submitted to the Office of Rep. Nestor Fongwan, Sr. and the provincial government to bankroll the installation of a series of trash screens within the jurisdiction of the town to help in revitalizing the status of the Balili River.

He pointed out that such simultaneous actions on the part of both local governments will concretize their respective commitments to revitalize the Balili River as members of the Balili River Rehabilitation and Revitalization coalition that was established several years ago to formulate the needed strategies and approaches that will help in reducing the huge volume of waste being dumped along the major river system.

“The installation of a series of trash screens will definitely be a big boost to the overall efforts of concerned local governments, agencies and sectors to save the Balili River from becoming a dead river because of the unabated dumping of waste by people living along the river and its tributaries in Baguio City and La Trinidad,” Vice Mayor Awingan stressed.

The vice mayor claimed that with the presence of the trash screens in strategic areas along the river system that are within the jurisdiction of both local governments, personnel could be assigned to constantly monitor the accumulated waste in the said screens and eventually clear the same so that the generated waste will not be washed away by the river but instead be appropriately dumped in the solid waste disposal facilities of the city and municipality concerned.

According to him, the recommendation to the concerned local governments to install the needed trash screens along strategic portions of the Balili River will help in instilling discipline among residents living along the river system for them not to unscrupulously dump their garbage into the river as the same might go back to them during the prevalence of heavy downpour since it will be trapped in the screens.

He expressed optimism that the offices where the requests for funding of the installation of the trash screens will positively respond to the same because it is considered as a holistic waste management approach in helping bring back the good quality of water along the river system to prevent the river from being classified by concerned government agencies as a dead river due to the heavy pollutants contributed by the people living along the Balili river.

Aside from the solid waste that are being dumped by people living along the river system, it was previously discovered that there are also residences that directly discharge their human waste to the river compounded by the animal waste being discharged in the river that is why the Balili River has recorded some 1.4 trillion matter per number for every 100 milliliters of water or the same is heavily polluted.

This post has already been read 776 times!Local legislators are pushing for the suspension of the implementation of Section 4