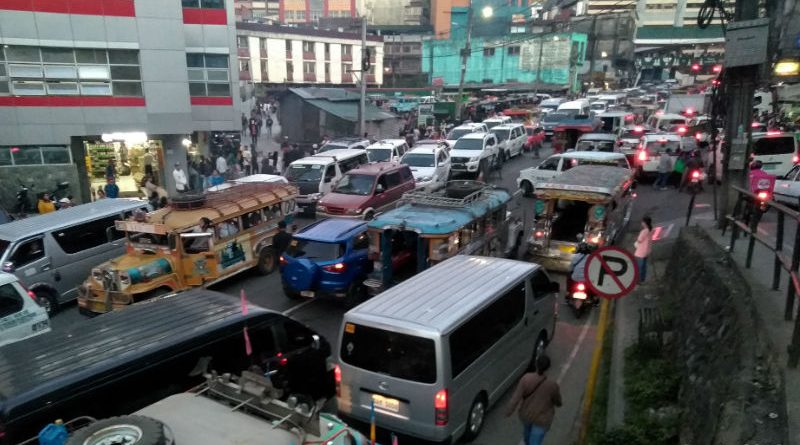 An international Feng Shui master underscored that the occurrence of traffic in Baguio City is considered to be good for the local economy because it would mean the presence of robust businesses that will spur economic growth.

Adriel Trinidad, one of the two Filipino Feng Shui masters accredited by the International Feng Shui Association, said that the occurrence of traffic means the presence of good energy triggered by the presence of robust businesses that help spur the city’s economy.

He pointed out that traffic comes with the presence of businesses which is related to the presence of good energy, thus, people must learn to harness the same to help improve their living condition and achieve their desired goals in life.

Feng Shui is a traditional practice originating from ancient China, which claims to use energy forces to harmonize individuals with their surrounding environment.

Trinidad said that traffic is there to stay in the city and even in the rapidly growing urban centers in Benguet which will mean the continues growth of the businesses that are thriving in the said areas that is why people must already learn to exist with the daily traffic that they encounter along the different roads around the city.

According to him, 2020 is the Year of the Young Metal Rat which is the start of the 12-year cycle in the Chinese Lunar calendar wherein the rat is the first animal in the said cycle that indicates the occurrence of change among other important things that transpire in the life cycle of people.

He asserted that the people must be ready for the changes that will transpire in the coming because the new cycle is a time for change for the upcoming cycle in the lunar calendar.

The Feng Shui master claimed that the chances for development in the city this year will be bright although there is a need for the city to be able to get the support of the concerned sectors for the realization of the desired development considering that local officials cannot do it alone.

Traffic is a delay problem along major streets in the city because of the continuous increase in the volume of vehicles that ply the said roads aggravated by the narrow condition of the main thoroughfares and the lack of discipline among motorists.

While the local government is implementing the necessary programs, projects and interventions to ease the worsening traffic jams along the city’s central business district area, the huge volume of motor vehicles plying the streets daily is really beyond the carrying capacity of the city’s narrow roads.

Based on the data obtained from the Land Transportation Office (LTO) in Baguio City, there are over 64,000 registered private and public utility vehicles in the city alone aside from the over 40,000 registered vehicles in the nearby town of La Trinidad, Benguet wherein the said vehicles often ply the city’s streets considering the need for the owners to transact their businesses with the different private and public offices in the said areas.

Experts predicted that the registered vehicles in Baguio and La Trinidad are expected to increase in the coming years because of the affordability of the same from the different car companies operating in the different parts of Northern and Central Luzon.

By DEXTER A. SEE
File photo by Armando M. Bolislis

This post has already been read 904 times!LA TRINIDAD, Benguet –  Benguet Caretaker Congressman and Anti-Crime and Terrorism through Community