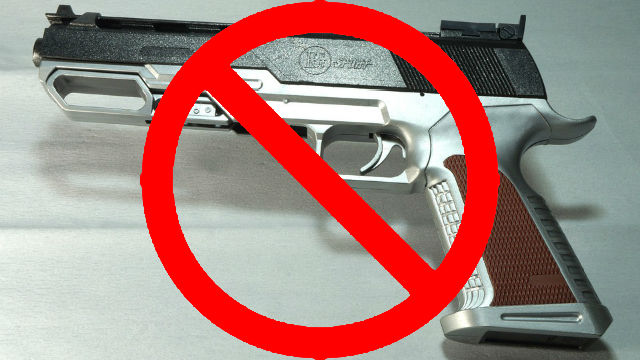 A caretaker identified as Kevin Tabagan Banatao, 23, and a resident of Taggay, Pinukpuk, Kalinga was arrested in Brgy. Tuga, Tabuk City, Kalinga in the morning of June 28, 2020. Prior to his arrest, combined operatives were implementing a Bench warrant of arrest against two other suspects who eluded arrest when they chance upon Banatao in the area who was in possession of a firearm that led to his arrest.

Another suspect identified as Vicente M. Acday, 55, was arrested after he was frisked at the entrance of the Municipal Hall in Liwan West, Rizal, Kalinga in the morning of June 26. Upon verification, police confiscated a caliber 9mm with inserted magazine loaded with 7 ammunition found tucked in his waist.

Lastly, another suspect who was under surveillance for alleged involvement in illegal drugs was apprehended in Barangay Patiao, Peñarrubia, Abra in the afternoon of June 25. The suspect was identified as Glenn Alfred Penamante Beleno. along with his arrest is the confiscation of a Cal. 38 without serial number loaded with three (3) live ammunition tucked in his waist and without pertinent documents

“We will never allow gun holders to continue violating the law and Team PROCOR will exert more efforts to confiscate illegally possessed firearms which can be utilized in conducting illegal activities,” PBGEN R’win Pagkalinawan said.