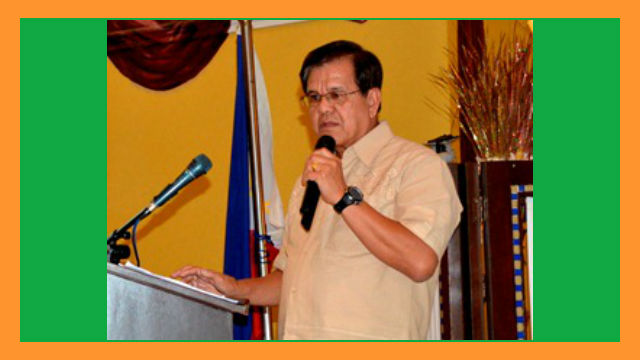 MANKAYAN, Benguet  – Mayor Materno Luspian underscored now is the proper time for the region’s third crack in the establishment of an autonomous region in the Cordillera, a constitutional opportunity granted to the Cordillerans.

The local chief executive claimed the 2 previous attempts for the establishment of an autonomous region in the Cordillera were tainted with personal and political interests of several individuals and interest groups that is why the scheduled plebiscites for the ratification of the 2 autonomy laws failed and the people overwhelmingly rejected autonomy then.

However, he admitted that times have changed and the Cordillerans seem to have learned their lessons from the past, thus, it is necessary for leaders to forego their personal and political interests to allow the region’s renewed quest for regional autonomy to gain headway.

With the support that the Cordillera is getting from the present administration after President Rodrigo Duterte committed to certify the region’s proposed autonomy bill as urgent, Luspian pointed out that now that the personal and political interests of most of the politicians in the region have diminished, it is now the right time for the Cordillerans to grab the opportunity to become an autonomous region to establish the region’s permanent identity and guarantee the preservation and protection of the rich culture and traditions of the people.

“We now have to abandon our own personal and political interests for the sake of the future generations of Cordillerans. We owe it to our children and our children’s children that is why we have to be aggressive in instilling in the minds of our people the importance of achieving autonomy before federalism comes to the picture,” Luspian stressed.

He said much have been told about the personal and political interests of previous politicians in the past serving as a benchmark in the work for the successful enactment of the autonomy bill and for the subsequent ratification of the autonomy law by the people in a plebiscite to be scheduled for the purpose.

According to him, he will do his best to educate his constituents on the advantages of the establishment of an autonomous region in the Cordillera because it will propel economic growth in the countryside considering that the autonomous regional government will have greater control of the region’s resources aside from the fact that the policies and programs that will be put in place will be those that are suitable for the growth and development of the Cordilleras.

He agreed to earlier contentions that the primary reason for the rejection of the first Organic Act or Republic Act (RA) 6766 was the watering down of the law which was a product of the efforts of the Cordillera Regional Consultative Commission (CRCC) while there was lack of sufficient and material time for the information and education campaign for the people to understand the improved second Organic Act or RA 8438.

Luspian claimed the lessons that the Cordillerans have learned in the two failed plebiscites are enough to allow the people to already favour the third Organic Act once it will not be sufficiently watered down when submitted to the people for eventual ratification in the future.