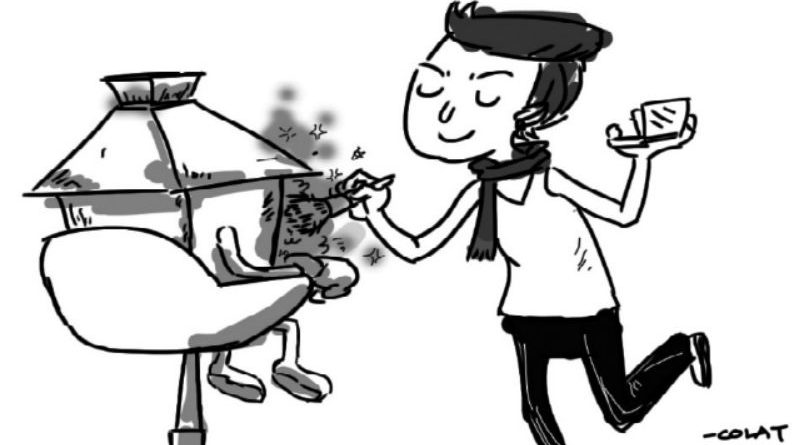 Resolution No. 111, series of 2017 was enacted by the members of the City Council calling for the conduct of a public design contest for the city-owned Baguio Convention Center for the use of the local government and other concerned government agencies as basis in rehabilitating and upgrading the city’s premier convention facility. The public design contest aims to entice architects and other design enthusiasts to share their skills and knowledge on depicting the convention facility both as a city and national historical landmark with contemporary and futuristic elements.

The local government will allocate some P2.35 million from its existing non-office appropriations to provide attractive prizes and administrative and other miscellaneous expenses to be incurred by the city in the conduct of the one-year design contest supposedly to run from June 2017 to May 2018. Under the guidelines, the top designs will be given a cash prize of P50,000 as partial reimbursements for the expenses incurred in the conduct of research and the materials used for their design. From the ten finalists, the designated board of judges will select the winning design, with a prize of P1 million, with the active participation of the public.

The scenic Baguio Convention Center was built during the time of former President Ferdinand E. Marcos, through former First Lady and now Ilocos Norte 2nd district Rep. Imelda Romualdez Marcos who was then the Minister of Human Settlements, primarily to serve as the venue for the world chess championship match between Anatoly Karpov and Victor Korchnoi in 1978. Originally, the property was owned by the Government Service Insurance Corporation (GSIS) for several decades before the local government purchased the property to the tune of over P300 million in 2012.

The City Buildings and Architecture Office (CBAO) admitted that its pool of experts do not have enough time and the skills to design a renovated Baguio Convention Center because of the big magnitude of project, thus, the need to have the public design contest to be able to get the best minds together for the redesigning of the city’s premier convention facility without compromising its original architectural design which has now become a part of the city’s rich history. CBAO officials even admitted that despite the partial facelift that was implemented in the facility, there are still leaks that have caused the new carpet to rapidly deteriorate, thus, what is needed now is a total rehabilitation of the facility.

Critics of the public design contest claimed that the project is premature because of the absence of the total budget for the rehabilitation and upgrading of the convention facility plus the fact that the P1 million cash prize to be given to the winner is reportedly excessive. Some critics also claim that the design contest is an exercise in futility because the local government and the concerned government agencies are not obliged to use the winning design for the rehabilitation of the facility among other petty excuses which seems to be motivated by personal and political interests.

We have to admit that the Baguio Convention Center has deteriorated over the past five decades that it has existed. We have also to admit that the local government is incapable of providing the needed funds for its rehabilitation and upgrading at one time, thus, the need to solicit the help of other concerned agencies to pool their resources for the realization of the project. Further, we have to realize that the rehabilitation and upgrading of the Baguio Convention Center is long overdue to make it at par with other convention facilities in the city. To do these, people in government should think out of the box.

We should learn to appreciate initiatives like the Baguio Convention Center design contest because it will be the experts competing with each other taking away the limelight from politicians. If our politicians believe that they can do things better than that, then they should participate in the. In fact, one of the reasons why the operation of the convention facility has generated meager income for the local government is the numerous exemptions that have been granted by the local legislative body for the use of the facility, which is not supposed to be. The operation of the facility should be a self-liquidating thing so that it could generate the needed resources for its sustained upgrade to conform to the standards like that of other major convention centers in the country.

We rally behind the realization of the public design contest and we wish the best for the Baguio Convention Center. Government cannot do such things alone, thus, the key role of the private sector and experts. Let us not insult the expertise of those who have been in the design field because our local officials do not have that kind of expertise to boast of.