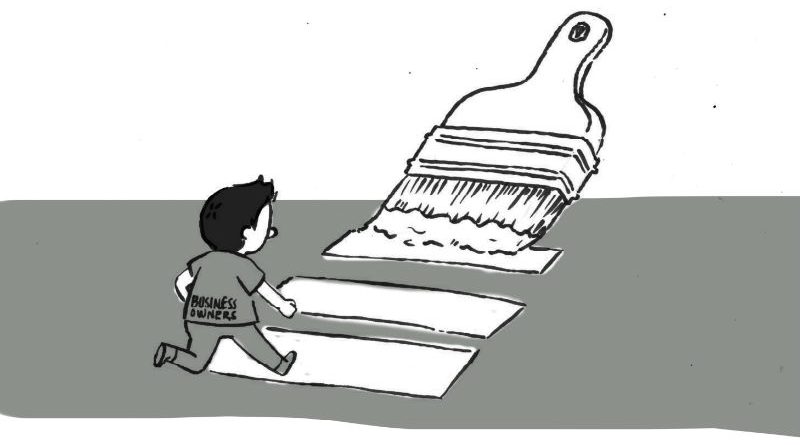 The implementation of development projects all over Baguio City has been inevitable through the years because it has been projected as the trade and industry center north of Manila. Developments in the city, from its being a commercial and trade center to its being an education center in northern Philippines, naturally attracts migrants from all over the country. Some came for employment, education, business, and/or just to reside here because of the ambiance. Early residents of the city claim Baguio City has drastically morphed from its rustic past to its present highly-urbanised state and the attendant urban bane.

Baguio has shown its resilience with its recovery from the July 16, 1990 killer earthquake, rising from the rubbles to its present skyline dotted with high-rises and congested communities. From downed businesses to robust infrastructure and commercial developments that belie its tragic past, or rather, that forgot the earthquake.  It seems many, from the student to the capitalists, from the daily commuter to the investor, wants to have a piece of Baguio. To date, Baguio continues to reap the fruits of economic development with a robust economy, including a vibrant real estate industry, an aggressive tourism campaign, never-ending infrastructure projects, the presence of national brands, among others.  But economic development, without consideration of the geologic, biophysical, ecological, and social particularities of the city, with bring about what we face now: unmanageable traffic, law and order concerns, scarcity of water, land for housing, environmental degradation, waste management crisis, among other issues, that plague the local government and the concerned government agencies.

When the giant chain of malls established their mall in the city at the Luneta Hill area, traffic congestion was identified as one of problems that will occur in the area. The management of SM City Baguio then proposed the put up of a pedestrian walkway at the junction of Gov. Pack Road and Session Road to ease this problem by providing a facility that allows them to cross the street safely. This will allow the motor vehicles to freely traverse that point of the junction. The project was to be implemented by the giant chain of malls at no cost to the local government.

At that time, members of the Session Road Businessmen Association (SRBA) and other concerned citizens vehemently opposed the project on the perception that SM will be at a tremendous advantage as this walkway directly feeds into the traffic to SM thereby depriving the businesses along Session Road. The project was shelved because of this opposition which was supported by some members of the then City Council.

A decade and a half passed and only a few establishments along Session Road closed operations, not because the owners suffered heavy income losses from the competition from the mall but, because of the skyrocketing lease rentals charged by building owners. The prevailing situation shows business is still vibrant in Session Road. The fear of bankruptcy for business establishments in the area did not come true. For a fact, people still patronize businesses along Session Road and they only go to the mall when the products and services they intend to purchase are not present in the said businesses.

Times have changed. Over a decade has passed since this proposal was forwarded. The situation is different now. With the fears of Session Road business owners not validated by the times, the pedestrian walkway is now a need.  The city’s increasing population, the presence of three major educational institutions in the area and the volume of motor vehicles passing there causing monstrous traffic jams especially during peak hours of the day, now urgently calls for the construction and completion of the pedestrian walkway.

Session Road is still the place to go for some of the old-name businesses, to somehow feel the ambiance of old Baguio, to check on new businesses and hope they will not be ningas-cogon,  to experience the hustle and bustle of the city, and to escape the crowd at the mall. The fact that business is still good in Session Road and the other streets of Baguio only shows the love we have for Baguio, of supporting the smaller businesses, of being comfortable with the familiar.

What we must make sure is for the pedestrian walkway to designed with the central participation of the Baguio Arts and Culture Council to make it harmonious with the overall program to sustain the city’s identity as one of UNESCOs’ Creative City of Crafts and Folk Art and balance aesthetics and utility. It must be free of advertisements to avoid cluttering the horizon. Since it is a pedestrian lane, accessibility for persons with disabilities must also be ensured. This will be in line with Goal 11 of the Sustainable Development Goals of making cities and human settlements inclusive, safe, resilient and sustainable.