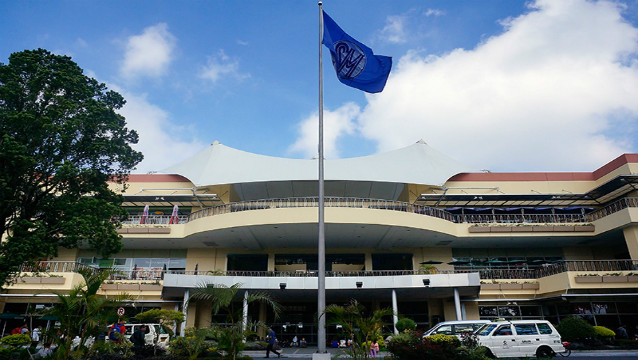 “The newly renovated The Old Spaghetti House, or TOSH as it is fondly called, is a full store that carries the complete line up of pasta, hand crafted pizza, entree and beverages.  It is expected to cater to both locals and tourists of Baguio City,” says Ace L. Azarraga, marketing manager of The Old Spaghetti House.

Lizzie Guerrero, general manager of The Old Spaghetti House, says that in the new design of TOSH, they wanted to give families, friends and students dining there for the first time a memorable experience they would always looked back to with fondness.

Lizzie Guerrero stresses that while TOSH is primarily Western-influenced in set up and menu, it highlights traditional Filipino values.

The Old Spaghetti House banks on family recipes to become a household word without the expensive tab.  “The venture eventually became a family affair, with hand-me-down traditional family recipes finding their way into the menu. This is a cooking family, after all”, says Chito’s mom Annie Pascual-Guerrero, founder of the Cravings Group of Restaurants and the Center for Culinary Arts.  Lizzie’s side of the family made its contributions as well.

The Old Spaghetti House, established in 2003, has around 17 branches nationwide, most of which are in Luzon.

Its timelessness can be compared to the relationship of husband-and-wife team Lizzie and Chito Guerrero, who ownsand run TOSH.  The two have gone a long way from being next door partners, childhood sweethearts, a married couple and eventually, business partners with their background in the food business (she as assistant manager for Chateau 1771 in Malate, he as part of the family that owns Cravings Restaurant). The two decided to put up a small canteen then.  Four Grilla outlets later, the Guerreros thought of expanding their business.  Finding space to rent in Katipunan, they decided on a “top-of-mind” staples-comfort food that people have all the time.  Why not spaghetti? and why not bring it to a middle ground, thought Chito further.  “The funny thing is, when you think ‘spaghetti’, it’s either you go premium, which means an Italian restaurant where you spend a lot, or you go to fast food chains.  We wanted a middle ground, where diners can enjoy the same food quality as high-end restaurants.”

It is not by chance that the motto of The Old Spaghetti House is “Treasures Waiting to be Discovered” since not only does the atmosphere capture treasures from the past, but the menu too is a treasure chest waiting to be discovered.  The menu of “The Old Spaghetti House” was developed by Lizzie Guerrero, who studied culinary arts in the Center for Culinary Arts, Manila.  The recipes that she uses have been passed-on to The Old Spaghetti House from friends and relatives.  Such items include Mama’s Chicken Piccata (Lizzie’s Lola), Ate Badjie’s Mud Pie and Spaghetti with Meat Balls and Mommy Annie’s American Baked Spareribs.