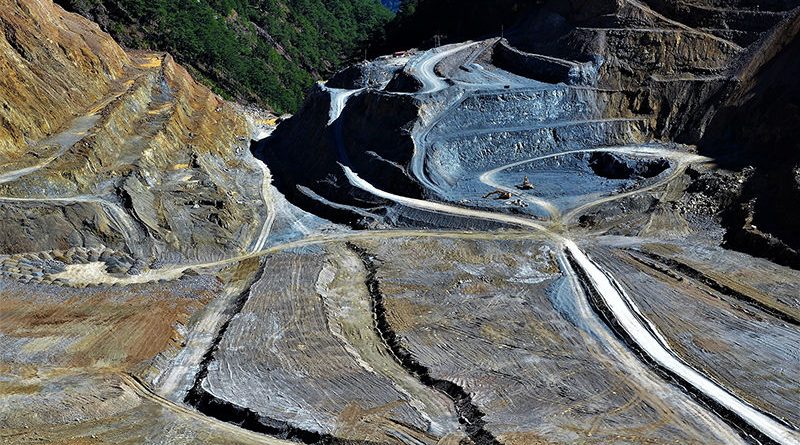 (This was the winning article written by members of Team Paltek composed of Marilou Guieb, Aileen Refuerzo, Joseph Manzano, Dexter See, Paul Incamina and Rhytz Barcia during the Seminar-Workshop and Fellowship on Covering the Extractive Industries: Digging Out stories that Matter sponsored by the Philippine Press Institute (PPI) in partnership with the Philippine Extractive Industry Transparency Initiative held at the Microtel Inn and Suites by Wyndham, Baguio City last January 9-12, 2018.)

TUBA, Benguet  – Will this be the fate of the indigenous people of Barangay Camp 3, Tuba, Benguet, over a royalty payment worth millions but locked in a bitter conflict among the clans and villages hosting a mining venture.

Or will their indomitable community spirit, an indigenous value that has kept the Ibaloi and Kalanguya tribes intact since time immemorial, prevail over pride and greed and save them from themselves?

A salient provision Republic Act (RA) 7942 or the Philippine Mining Act of 1995 pertains to a royalty fee that a company must grant an ancestral domain through the ancestral claimants where they have acquired consent to operate. Subsequent issuances by the environment department compelled companies to grant the duly recognized IP organization with a minimum of 1 percent as royalty subject to negotiations between the company and the IP organization.

Republic Act 8371 or the Indigenous Peoples Rights Act (IPRA ) mandates that companies intending to develop, exploit and utilize the natural resources of the state must first secure the Free and Prior Informed Consent  (FPIC) of indigenous peoples or IPs and their communities whose ancestral domain hosts mining activities.

In 2007, one of the Mineral Production Sharing Agreements (MPSA) of Philex Mining Corporation was about to expire.  As the IPRA had then been passed, the company had to undergo the process of securing the FPIC of the concerned Ibaloi and Kalungaya tribes to renew their MPSA,  but Philex did not succeed in winning the favor of the tribes.

This prompted them to request for a one-year extension on their MPSA from the National Commission on Indigenous People (NCIP) which was granted.

Philex is the country’s largest gold and copper producer which was organized as a corporation in July 1955 but officially started operations in Padcal, Camp 3, Tuba, Benguet, in July 1958.

In January 2008, Philex and the duly recognized IP organization that was named Indigenous Peoples Organization of Alang, Pokis, Sabian, Sta. Fe, Olibba and Luacan (IPO-APSSOL) entered into a memorandum of agreement that defined the terms for the extension of the mining operation of Philex in their areas. And as dictated by law, Philex would have to grant the IPs a royalty fee equivalent to 1.25 percent of its annual gross output to be deposited in a trust fund with a mutually agreed upon bank.

The royalty of the IPs was to be used to fund socio-economic projects for the upliftment of the living conditions in the host and outlying communities affected by the mining activities of Philex.

The royalty was indeed paid covering the years 2008 to 2011 in the amount of P60 to P80 million annually depending on the performance of the company.

Until money reared its ugly head.

In an informal meeting attended by community leaders and tribal leaders to enlighten media practitioners on the impact of mining on their lives, Minda Bantasan, Camp 3 Indigenous Peoples Mandatory Representative (IPMR) and an officer of  IPO-APSSOL, narrated that the relationship among the clans comprising the tribes in the different affected sitios was good at the start because of the benefits that the royalty money would make possible.

However, Bantasan rued, after the first tranche of the royalty was downloaded to their organization, it was instead distributed to the clan leaders in cash to distribute among their family members. This was in violation of the agreement entered into with Philex which included that the royalty should not be used for the rehabilitation of their structures affected by mining or as compensation for damages.

There was displeasure in the sharing causing some members to break away from IPO-APSSOL, resulting to now some six groups with different perspectives on how the royalty was to be managed.

The internal squabbling prompted the NCIP to cancel the registration of IPO-APSSOL in September 2012, thus dissolving its role as the duly recognized IP organization in Tuba.   IPO-APSSOL also failed to account for the initial royalty downloaded to their trust fund from January 2008 to August 2012, where millions remain as frozen assets to this day. To further complicate the matter, IPO-APPSOL filed charges against the NCIP with the OMBUDSMAN for the cancellation of their registration.

Meanwhile, lawyer  Eduardo M. Aratas, chief of Philex’s legal and administrative division, asserted that  the company is merely waiting for the contending factions to agree on a common stand. This way, the elders and the present and future generations will enjoy the fruits of their royalty prior to the projected closure of the mining operations in 2022.

Aratas assured that the company  has been continually performing its obligations by religiously depositing the royalty share of the IPs to the trust account with Banco de Oro even after the group’s registration was cancelled several  years ago.

The gravity of this divisiveness is slowly sinking in, with some clan members turning to the old ways of their ancestors to mellow down resentments goaded by feelings of being short-changed over money matters.

Adam Ventura, who headed  the original IPO-APSSOL , divulged that of the now six factions ( Ventura, Bantasan, Gabino, Owangan g, Cadias and Bassit),  three (Ventura, Bantasan and Gabino groups )have initially agreed to settle their differences through customary laws and practices.  In fact, he added, they have had exploratory talks and have performed several rituals in the hope that their ancestors will be able to help them convince the factions to get together for a fresh start and for benefits to cascade to the present and future generations.

Michael Umaming, head of the NCIP-CAR Technical Services Division, said that based on NCIP studies, it appears that the lack of the required social preparation for the handling of such huge amounts of money is the culprit to the problem that was eventually created.

He underscored that from the start, there was already a clear violation considering that their share from the royalty should not be used to compensate damages caused by the mines to the IPs or for the rehabilitation of their structures that were damaged by the mining operations

According to Umaming, the IPRA clearly provides that IPs who give their consent for development projects in their ancestral  domain are entitled to compensation for their possible displacements, funds for the rehabilitation of their structures that will be affected by development activities like mining, among others.

He stated that the NCIP-CAR is now conducting massive community organizing in the affected sitios to make them fully aware of their rights and privileges.

Umaming pointed out that the IP group is not allowed to fund projects from their royalty share not contained in the Community Royalty Development Plan (CRDP) which should have been crafted first before the downloading of the funds to the group.

The IPs have taken a big step forward in this direction with elders and stakeholders drafting a CRDP on January 12 with the help of Chadwick Llanos, a member of Philippine -EITI and subnatioanal coordinator for Luzon and Visayas of Bantay Kita.

EITI is a world organization aimed at improving governance of the extractive sector while ensuring transparency and accountability while Bantay Kita is a multi-stakeholder group affiliated with PH-EITI.

Bantasan expressed confidence that the IPs will be able to settle their differences among themselves without the interventions of their lawyers, politicians and even NCIP personnel who allegedly want a share of the pie.

THE PEOPLE, THE LANDSCAPE: WOES AND BLESSINGS

Where Philex operates is within an expanse of 98 hectares identified in the mining license and active operation occurs in a 34-hectare area referred to as the subsidence .

A turn from the scenic Kennon Road leads to the interior of Camp 3, a long road winding around a steep mountainside from where one views distant mountains , rivers and skies, their edges blurred  in shades of blue. Roadsides are a blaze of yellow with blooms of sunflowers dancing in the sunlight or bursting with color in a haze of mist. It’s a painter’s delight or a poet’s dream. But past the flowers and fields of potatoes and cabbages and lemon orchards,  one is suddenly jolted with the starkness of the subsidence landscape that juts out of the deep greens and blues of nature.

Where the subsidence is are dead colors of gray and brown, an artificial valley rimmed by bald mountains. While romantics may see this as an ugly streak of nature destroyed there is almost a fascinating beauty of astounding technology of mighty mountains tamed with symmetry and design.

The changing landscape is almost like a metaphor on the sentiments of affected ethnic groups on the mining operation of Philex.

Paved roads, better schools, livelihood opportunities, health care have definitely improved lives of the people here in some ways. On these CSR and SMDP projects of Philex aimed at making daily life more convenient for them, the Ibaloy and Kalungaya residents here seem to have nothing to gripe about.

But most everyone laments that water has become scarce since the mining operation started. Mainly thriving on farming they now fear that the next cropping may just wither away.

For instance, they used to have two croppings of beans. But now they plant only once when timing ensures the crops will be rainfed but are hesitant to invest on their land for the rest of the year as they fear a drought. Certainly, Philex has tried to solve the problem providing large pipes and pumps but the fuel needed to run the pump is sometimes an issue. Ellen Bumilao, a lady gardener said,  “ In 2016 our second cropping died.”

The question on whether mining is really worth the trade off always hovers over host communities  – paved roads, bridges, hospitals, multi-purpose halls, etc over  problems on water shortage, erosions, divisiveness of tribes, and the beauty of nature.

Philex has always been lauded for sustaining a productive community. But many wonder if old values and ancestral wisdom are also getting lost in this new economy . The question lives in the dilemma of these Ibaloy and Kalungaya people , and perhaps their environment and way of life will eventually give the answer.