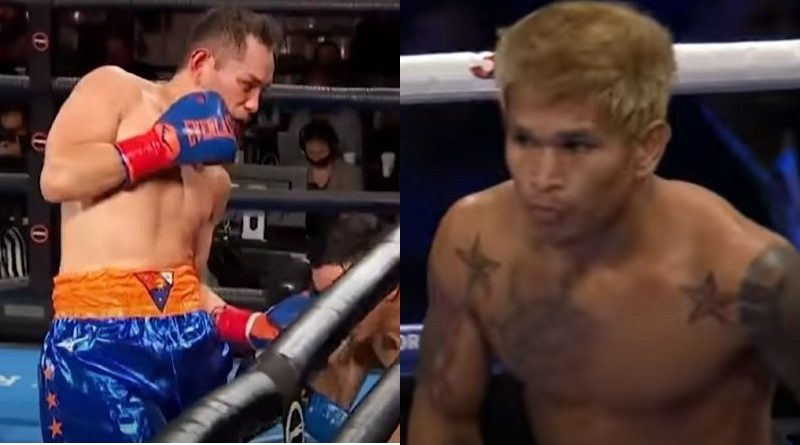 The supposed bantamweight title unification bout between Nonito Donaire and John Riel Casimero brought out some rather undesirable things.

When Casimero and his team resorted to social media in deploying what they claim as a tactic to sell the fight, their trashtalking touched on some sensitive issues which made Donaire explode.

The “Filipino Flash” did not specifically mention which part made him mad enough to call off the fight but some of the subjects of videos uploaded by the Casimero team were way off boxing. Donaire allegedly refused to speak Filipino and was labeled “malansang isda”, he is not supporting Filipino fighters that includes Michael Dasmarinas who recently lost a title fight with Naoya Inoue, he was labeled an “under the saya”, he is not a real Filipino and must be taught a lesson because of it, his wife was the subject of a sexually offensive act recorded on video and her being the manager of her husband became the subject of misogynistic and gender-sensitive opinions, among others.

On the way to withdrawing from the fight, the Donaire camp dropped some poison of their own.

“Quadro Alas” allegedly could be using illegal substance to enhance his performance because he could not submit documentary requirements on time, he will be begging for money in 10 years because he lack education and investment skills, and the background of his partner was dragged into the conversation and was challenged to a real fight.

These exchanges would have been a hell of a promotion had these been acceptable norms. Sadly, norms today are not the same as during the Muhammad Ali days.

The way these allegations were presented can be interpreted in multiple ways and some interpretations led to the object of the trashtalk being pretty protected by laws these days.

When said by a popular athlete to a large audience, including non-boxing fans, it is feared one of the interpretations implies any Filipino, not just Donaire, who cannot speak the native language because of residing in a foreign land is labeled a stinky fish and not a real Filipino.

It is not difficult to understand why the challenge of a well athletically trained individual for a fight inside a ring to another without the proper training and physique is not considered as bullying.

You see, claims like these could simply not be resolved inside a boxing ring. The Casimero Camp has all the right to claim this being involved in a full contact sport but that claim will not sit well to all fans who may want to watch his fights.

It is well known gender attacks, trampling of women and children rights, bullying and trampling of heritage and race are not acceptable and justifiable today as they may have years ago.

The Philippines, in particular, now have an anti-bullying law and anti-violence against women and children act that protect rights of the weaker ones.

Likewise, Fil-foreigners and Filipinos born in foreign lands like Donaire and his family are Filipinos. Period. This is not subject to compromise or other interpretations.

Based on previous showing, Donaire has represented the Philippines well. Surely, he will today and tomorrow.

Let’s not forget the hate Asians are encountering in the US is real.  His being a Filipino, not his being a famous boxer, is what makes him concerned regarding this matter.

For sure, each camp knows there are things they can’t control, show and say.

Honestly, the “dirty laundry” that both parties threw at each other may have turned off some fans who were previously interested in seeing the All-Filipino champion vs. champion bout.

If only these exchanges barbs, insults, and spats were boxing related. No violation of women and children rights, no false accusations, just clean “who’s better than who, I will send you to retirement bravado” chest-beating speeches.

These are things that could have been settled inside the ring.

That should do the trick to boost this fight. There’s no need to resort to any gimmicks or drama outside of boxing to gain attention. Both fighters have shown what they can bring in the ring and both are no jokes when they are at the top of their game.

This situation remind me of Mexican warriors Erik Morales and Marco Antonio Barerra, who were bitter rivals during their heyday. It is ironic that the situation even gets mirrored closer with Inoue representing Manny Pacquiao and Michael Dasmarinas, who is the Juan Manuel Marquez.

Morales and Barrera did not get along well and would fight for world titles at the expense of each other during their legendary triology despite being Mexicans.

Barbs, insults, spats and not so kind words were thrown at each other then, similar to what has happened with Donaire and Casimero.

Thrashtalking in boxing are always a joy to watch because it often lead to a better fought bout. Just ask Pacquiao, the trashtalking against him just fuels him more.

But good trashtalking is likened to a dog who knows how to bite an unwanted intruder who still insists of trespassing after the warning bark has been issued.

If Casimero really considers his antics as just trashtalking to sell the fight, then he should be able to back his statements outside the ring because he brought out issues not related to boxing.

It is really hoped Casimero is treating his partner with dignity and respect, considers Fil-foreigners or Filipinos who did not have a choice of being born and raised in foreign lands as real Filipinos, is willing to accommodate and spar with Filipino boxers who are not well versed in speaking the native tongue, and knows how to show that while Filipinos can talk trash, they know how to act and behave right.

If the Donaire spouses really mean the statements they said, then they should be able to also back them up outside the ring because they injected non-boxing related issues.

It is really hoped Donaire is not serious in  belittling the success of Filipinos who are less educated and do not have knowledge on investments and Rachel Donaire is not laughing at and bullying some hapless Filipina into a real ring fight just because she was challenged to a harmless tiktok performance knowing she has the proper training and the other party probably doesn’t.

These are things fans don’t care to see during a boxing bout but they are what many Filipinos want to see in real life.

Hopefully, these two Filipino champions keep on winning and get their heads in order. Continuing their title unification bout somewhere down the road is something Filipinos can be proud of. Seeing them pit their boxing skills against each other to see who gets to unify and  wear all four bantanweight jewels is what is desired most in this case.