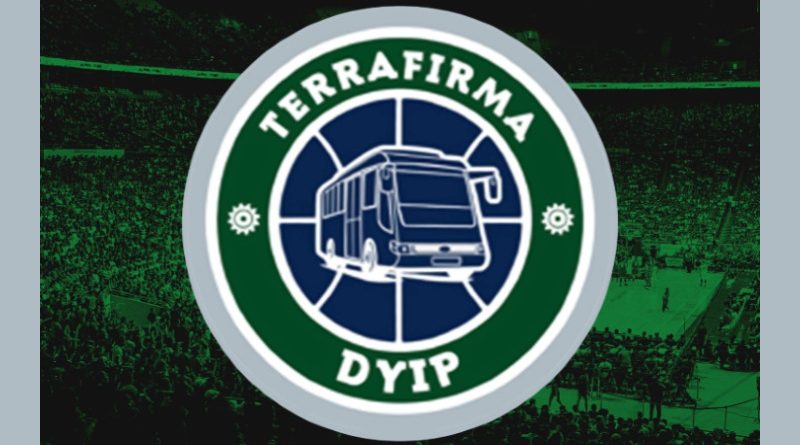 It is really a one-sided deal, basketball-wise. Trading a young, inexpensive bonafide superstar for role players and draft capital will never be fair in basketball, even with the opposing claims by San Miguel head coach Leo Austria and Terrafirma board of governor Bobby Rosales.

The viewing public will have to accept the fact that the PBA is more than just basketball. Joining the PBA is not just about winning championships, it is also about promoting products.

While admittedly, I am not an expert in the business of forming a PBA team as an advertsing vehicle, the moves Terrafirma made in their history are really shady and doesn’t make sense in both aspects.

It has been proven before that when a trade in basketball happens, the team that gets the P100 bill often had the better end of the deal than that which takes five P20 bills. The one getting the best player of the exchange often wins the trade.

In the PBA, recall what happened to the teams which received franchise players in exchange for several lower-tier ones: (1) Kenneth Duremdes to Alaska in 1997; (2) Eric Menk to Ginebra in 2002; (3) Dondon Hontiveros to San Miguel in 2002; (4) and Stanley Pringle to Ginebra in 2019.

They won multiple championships with the acquired players handling a major role during their campaign.

Aside from the recent Pringle trade, could you remember who these superstars were traded for?

It also happened in the NBA. Remember (1) Bill Russell to the Celtics; (2) Kareem Abdul Jabbar to the Lakers; (3) Shaquille O’neal to Miami; (4) Kevin Garnett to Boston; (5) Scottie Pippen to the Bulls; and (6) Moses Malone to the Sixers?

These are just a few of them.

Terrafirma should take cue from these lopsided trades. If there is no valid reason to give away Perez basketball-wise, why let him go?

Losing him would just send the franchise back to square one and enduring another string of losing seasons.

Terrafirma is among the second youngest franchise in the PBA, along with NLEX and Blackwater. Only Pheonix is younger than them.

With six seasons under its belt, team has mightily struggled to even be a playoff contender.

In 16 total conferences, Terrafirma has only managed to make the playoff once, as a fourth seed in the quaterfinals of the 2015-16 Governors’ Cup.

They were knocked out by Meralco in two games in what turned to be the most successful conference in franchise history.

It’s incomprehensible why they let go of opportunities to have a realistic shot at improving this achievement by rostering a really good player who can eventually could become their franchise’s face through trading two talented rookies away, Christian Standhardinger and Perez.

Rosales defended this trade basketball-wise. Well, the other reason why this trade was executed could be business related because aside from the seemingly appetite for finishing lowly in the basketball aspect, the team has made sure the public notices its business intentions.

The team changed its name six times during their short PBA stint. Aside from being Terrafirma Dyip, they were also Kia Sorento/Carnival; Mahindra Enforcer; Mahindra Floodbuster; Kia Picanto; and Columbian Dyip.

During their infancy years, they passed up an opportunity to beef up their lineup by using a first round draft pick on Manny Pacquiao, passing up Rome dela Rosa. They wasted a pick on Rene Pacquiao which could have been used to draft Brian Heruela, Paolo Taha, or Kenneth Ighalo.

Truth is, Terrafirma is on point for aiming to maintain a PBA franchise at the lowest possible cost.

But, this doesn’t necessarily mean that they will have to stink on the hardcourt at all times.

What fans are asking is the team act like they’re trying to compete and win a championship instead of blatantly tanking every possible conference they’re participating in.

While the process of doing so is complicated, the set-up is quite clear and simple: if a cost-thrifty team doesn’t intend to form a dynasty yet wants to win some trophies, the most sensible path is to concoct a combustible mixture of veterans and rookies.

Either take advantage of a talented rookie who can carry a team on his shoulders while his salary is still manageable and surround him with a few first/second-tier veterans and bunch of role players that can complement his skills for a championship run.

Similar to what Alaska did with Johnny Abbarientos during their grandslam success.

Terrafirma could have drafted a PBA-ready franchise cornerstone who would have to be satisfied with the rookie salary scale during his early years in Standhardinger, who was still 28 at that time.

They instead traded him for an aging Ronald Tubid, Jay-R Reyes, Rashawn McCarthy, Keith Agovida and a 2019 first round pick which turned out to be Christian Balagasay.

The other way is to sign long-term an expensive franchise player to make him the face of the team and constantly support him with cheaper second-tier complementary players along with talented rookies for the championship run.

Kinda what Purefoods did with Alvin Patrimonio’s playing career.

They already have a highly potential Patrimonio-type player in Perez.

They instead traded the 2019 Rookie of the Year for Matt Ganuelas-Rosser, Russel Escoto, Gelo Alolino, and San Miguel’s 2021 and 2022 first-round draft picks.

They exchanged a proven stat sheet monster for more uncertainty. Rosales said they want to have two picks in this year’s draft which is said to be deep.

Isn’t Perez, who is still in his rookie contract, what they’re exactly looking for the 8th pick the got, basketball wise?

The likes of Perez do not grow on trees. They’re difficult to find even in the deepest drafts. Terrafirma found two of them in Standhardinger and Perez.

It’s really difficult to understand why Terrafirma would give up proven young players on the rise for a pick that may or may not result to an equal of what they gave up.

Terrafirma better be sure the picks they got will yield a player of Perez’s capability, who averaged around 22 points, 7 rebounds, 4 assists, and 2 steals during his two-year stint with the team.

As of writing, their roster is now devoid of a player who can lead this team to a championship.

They did pick Isaac Go during the 2019 draft but could roster him yet for a PBA game because he is on duty for Gilas.

Their other top rookie during that same draft, Roosevelt Adams, has yet to show he can be just as good as Perez and is reportedly already exhibiting signs of being unsatisfied with his role.

If Terrafima keeps this losing streak happening, it might lead its potential customers thinking twice before patronizing their products.

It is not impossible to imagine how a PBA team strives to excel on the hardcourt in delivery of enjoyment to its paying fans be viewed as a reflection of how it strives to be excellent its products in satisfying customer needs.